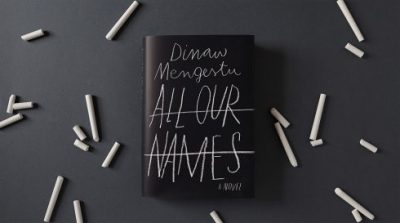 Deciding to read African literature can be as thorny as it is rosy; it is wafts of extreme trial and error.

Often, contemporary African authors tend to write stories that attempt to narrate their experiences as immigrants in America. This type of narration appears to be place for African writers in the canon and though it may grant many authors access to a spot on the aspirational bestseller lists of the most popular newspapers in America, they often do so at the expense of the African reader in search of stories that either reimagine this continent or reflects on it not only authentically, but with integrity. To quote my late friend, Binyavanga Wanaina who wrote, ‘Have them illuminate something about Europe or America in Africa’ criticising African writers who play to Western tropes about this continent in order to gain literary legitimacy.

In this regard All Our Names, does not shift much about how the West thinks about this continent, in this book, Africa remains a continent one needs to flee from when handed a blank passport and an aeroplane ticket.

What distinguishes Dinaw Mengestu is not so much how he writes about this continent, but rather its irrefutable place from which most Africans abroad draw their identity, which in this book we realise is not only malleable, but easily severed. With his third novel, ‘All Our Names’, Ethiopian-born Mengestu explores the trope of immigrant namelessness which surprisingly, does not begin when the protagonist arrives in America, but rather,  the moment he boards a bus to Kampala from Addis Ababa. “I had 13 names. Each name was from a different generation, beginning with my father and going back from him. I was the first one in our village to have 13 names. Our family was considered blessed to have such a histor”, says the narrator whose 13 names remain the ultimate mystery throughout the book.

Mengestu uses the mystery of his name to make an even greater statement; that names can carry stories and histories, and through severing them we have the chance to recreate ourselves by severing our ties to the past. Which is how the narrator develops into an ahistorical character throughout the story. The story begin when the first narrator, with the aid of his father, leaves his village in Ethiopia to flee a mob of students headed toward his homestead with the purpose of coercing their peers into joining their rebellion against their corruption government.

In ‘All Our Names’, Mengestu rearranges the stereotypes that Binyavanga speaks out against and repurposing them in a book that is critical, tense & terrifyingly mysterious. The story begins in Ethiopia in the early 1970s; during the waning of post-independence euphoria and the rise of dictatorships and patronage. The first narrator arrives in Uganda as Daniel under the premise of attending a writers’ conference (he has a deep knowledge of Victorian literature), but instead finds himself swept up by student-led protests when he befriends a young revolutionary poseur named Isaac Mabira.

Through Isaac Daniel goes on to meet a  British-educated returnee only known as Joseph; a leader with an army of soldiers and Isaac’s cadre who is ultimately foiled as government authorities clamp down on the revolutionaries. In the end, Joseph is shot dead by his own soldiers, after which Isaac orders his Daniel to flee; handing him, a Kenyan passport (with no picture in it), a visa and a plane ticket to the USA. Daniel uses these documents to leave Africa, shedding his name and adding that he ‘became Isaac as soon as [he] stepped on the plane’ to Laurel; a small town in the US midwest.

The story changes form when Isaac 2.0 arrives in Laurel where he assigned to social worker named Helen on account of how little is known about him. Over time, Isaac and Helen begins an affair and co-narrates the story from the perspective of their lives in America. From that point the chapters of the book alternate between the two of them; with Isaac 2.0 recounting his time in Ugandan uprising and his devotional friendship with his original namesake while Helen’s describes anxieties of their interracial relationship in the Midwest.

Mengestu is a wizard at diffusing the tension of their racial identities though their controversial relationship. There is a scene in the book where Helen and Isaac 2.0 sit in a white diner Helen has been frequenting since childhood and through her own naivete thought it could be one of the places in Laurel he would introduce Isaac to. Yet, in Mengestu’s hands a simple meal rapidly becomes a highly pressured moment compressed with racism that begins to shake the second the waitress asks Helen whether they’d be taking their food to-go. Isaac, sensing hotness of the euphemism and aware of Helen’s own discomfort, responds that they would be eating there. Later when the waitress leaves, Helen begs Isaac that they remove themselves from the discomfort of gaze, exposing her own internalised racism to which Isaac in a moment reminiscent of the passive resistance of the civil rights movement and in trying to punish Helen replies, “I am not going to run. I am going to eat my lunch”. He is served his meal on a stack of paper plates and a plastic cup and utensils while Helen’s fried chicken arrives on the same dinnerware used by the rest of the white patrons. The book is a tight rope of moments like these, so tense at times, that it reads like something in the pages might snap.

In the end this book spotlights the immigrant narrative not often spoken about, which is that individuals leave their home because they have nowhere else to go rather than in search of new opportunity. Mengestu, underpins the extent of loss that immigrants experience when arriving in their host countries, and presents us with a microscopic account of the ways in which the identities of immigrants need to fluctuate to fit any context they enter whether they move to a neighbouring African country or freeing to America. Additionally, through Helen we see how identity can be altered through association and disillusionment.

‘All Our Names’, is a book about an immigrant in Uganda and America and how he adapts himself to exist in each context, yet at the marrow, it is also story about the agency we have in defining our identities as well as the responsibilities and risks we take in doing so.

When Isaac sheds his 13 names, which carry within them his homeland, his anchor to time and the people who are part of it, he provokes us to think about our own stories and those we choose to tell. When he enters Uganda as a nameless figure, who picks up the name Daniel, the arbitrariness of this event is brought into focus when his best friend offers his own, so that he may outlive him. Or better yet, so that they remain tethered to one another. When he accepts this name, he unwittingly foregoes the dream of reinventing himself for the chance of taking, at least in kind, the most significant figure in his life. In America, his new name is superseded by both his foreignness as an African immigrant and his Otherness as a black man. Through Isaac we realise the real price of migration, the loss of a home, family, friendships.

All these external elements which along with the internal we need, in a-manner-of-speaking, to build our own name. It is not clear whether the gains outweigh these losses, we witness unending negotiating; constantly choosing what to lose and what to keep. Through Helen, the book dissects the risks of altering one’s identity in opposition to the one’s society; the spoils of love and the death of monotony. 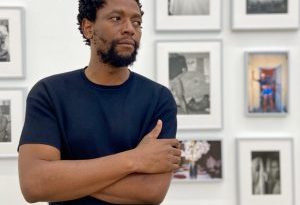 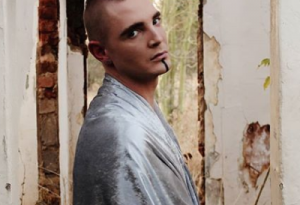 Miloh Ramai: No Stranger to a Bop 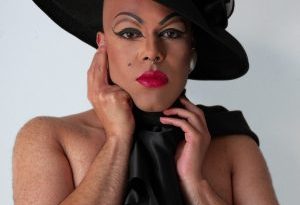 One thought on “Book Review: All Our Names, Dinaw Mengestu”