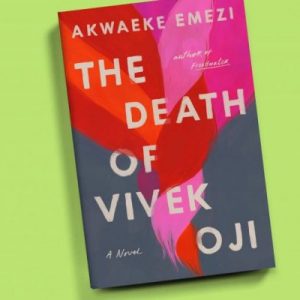 In their third novel, author Akwaeke Emezi uses a death to explore a life in Nigeria that was often confusing, displaced and frowned upon, but also filled with unexpected love.

With their third offering, The Death of Vivek Oji, Akwaeke Emezi has given us the book’s conclusion as the introduction. In the first pages, the reader learns of Vivek’s death. What then unfolds is a story of how this came to be, as well as an excavation into the textured nature of the lives lived between the intimate and the public realms. The queer trans non-binary writer of Nigerian origins delicately introduces a life and death that explore subjects deemed to be taboo and abominable in African societies, merging them in a story of love, grief, displacement and incest.

While it may seem incongruous to learn about an ending at the onset of a book, it is made known to the reader that this journey is the careful unfolding of a photograph, an endeavour to iron out and reckon with the full picture. In Emezi’s new novel, which follows Freshwater and Pet, multiple truths emerge from subjective lenses: the writer offers a picture of Vivek’s mother burdened with grief, which manifests in a manic search for a singular truth about her son.

Vivek’s life and upbringing is drawn from the author’s own upbringing. In an interview with Ari Shapiro from NPR, Emezi explains how they lend their experience to Vivek through incorporating the “chosen family”, one that extends beyond biological connection. Their chosen family was formed by foreign women – the Nigerwives – who married Nigerian men in the south of the country and created safety and kin for the children to prevent differences from being source of alienation.

Speaking to Carla Bruce-Eddings for Romans Bookstore, Emezi explains the importance of the chosen family and their commitment to that concept as a means for survival for queer people, who often face rejection by their relatives. Drawing from the words of Toni Morrison, Emezi uses the analogy of people existing on the margins of society who hold on to the edge to make it to the centre as a way of rejecting the idea of marginality. This is present in the book as Vivek begins to bloom in the spaces created by the children of the Nigerwives.

It is in these spaces that Vivek transforms his body to reflect himself and his internal imaginings. Similar to the title of an essay Emezi wrote for The Cut to delineate their experience as a trans non-binary person, Vivek also customises his body to express its nature by growing his hair out. The bedroom of a friend serves as a physical space where his hair, lipstick and dancing can become an announcement of self. Vivek’s cousin, Osita, encounters him in the intimacy of this freedom and allows himself to transgress a non-negotiable familial boundary by forming a romantic relationship.

In the bosom of the Nigerwives and their children, Vivek finds room for an intimate entanglement with Osita, who fulfils the role of both his brother and confidante. Although their relationship attempts to perform the masculinity expected of young men exploring their sexuality – a roughness and boisterousness – there is an evident softness to Vivek that becomes glaringly obvious. Vivek’s father pushes him towards “manliness” in the hope that it will reinforce his own patriarchal sense of masculinity. Osita tries to protect Vivek and his seemingly offensive beauty and tenderness, but Vivek’s episodes of silence and vacancy snap the tension of their relationship, leaving Vivek to reckon with himself in solitude.

Though Emezi allows us into this relationship, it is one that demands respect and empathy from the reader. There seems to be a secretly acknowledged transgressive rite of passage that exists in society whereby pubescent individuals tend to experiment with sexuality with their cousins. Emezi quite intentionally romanticises the idea and shows the relationship from Vivek and Osita’s perspective, leaving feelings of discomfort and tension to the reader.

There are various narratives dispersed throughout the book. While the Nigerwives have attempted to create a soft landing for their children, we witness violent dynamics within the other families. The girls we meet as lovers and friends of Vivek and Osita grapple with their own family secrets. The cartography of bruises caused by family creates a world for Elizabeth, Juju, Somto and Olunne held by chosen kin. Although the primary story arc centres on Vivek’s life, we learn about Juju’s mother spitting teeth, the steady depletion of furniture at Elizabeth’s house, and the Christian fanaticism that slowly steals away the person Osita knew as his mother. In their own ways, each of the characters in the book search for an unlikely home in other people – in harmful but authentic ways.

Grief is the book’s central axis. The joy of Vivek’s birth is discoloured by grief – a scar on his foot is reminiscent of one that marks his paternal grandmother’s foot. She dies on the same day as he arrives in the realm of the living, and it is as if she is asking him to hold on to her life for her.

Reincarnation is an important component in Igbo cosmology, and the act of naming a child is a responsibility that requires care and authenticity. Emezi explores the spiritual repercussions for a child whose gender is assumed at birth and is thus named incorrectly. This decision is pivotal in shaping Vivek’s identity and the dissonance between his body and internal feelings regarding his personhood.

In one of the few chapters in which Vivek makes utterances from the grave, he states: “I am not what anyone thinks I am. I never was. I didn’t have the mouth to put it into words, to say that it was wrong, to change the things I felt I needed to change. And every day it was difficult, walking around and knowing that people saw me one way, knowing they were wrong, so completely wrong, the real me was invisible to them. It didn’t even exist to them. So: If nobody sees you, are you still there?”

That Vivek was born on the same day as his grandmother’s death lingers throughout the book. As his mother, Kavita, searches for meaning in his death, we start to see that he belonged to many people. The relationship between mother and child is explored, and in her rampant search for truth Kavita struggles to reconcile different people’s versions of grief caused by the death of her son. Reconciling with the truth of who Vivek was, in the novel, is an opportunity for his chosen family to rupture the idea that someone is owned by their blood family.

Grief ebbs and flows in the book. It is devastating for some while others have yet to express the gravity of loss. Each person in Vivek’s life carries the memory of him in different ways, and the way his death is absorbed is not monolithic. Emezi uses sensual language to express the distinct memories of Vivek. His mother recalls oiling and brushing his hair, Osita remembers through taste, and Vivek’s chosen family remembers him through photography and sound. In this way Emezi allows space for the profoundly different ways in which one person can both be experienced and their memory held.

In Sisters of the Yam: Black Women and Self-Recovery, bell hooks explores the manner in which truth-telling can serve as a conduit to healing. “It is important that black people talk to one another, that we talk with friends and allies for the telling of our stories enables us to name our pain, our suffering and to seek healing,” hooks writes.

A posthumous tension exists between the people Vivek leaves behind and the “truth” of who he was, and whether such a truth can ever be singular. Vivek lives a life both in secret and in the open that is organic and pushes away from the narrative of LGBTQIA+ people coming out of the closet. The truth is rich and heavy in bedrooms that can no longer contain Vivek’s desire and capacity to experience joy.

The Death of Vivek Oji offers a narrative through which love and family transgress the societal limitations placed on kinship, expression and desire. Although Vivek may be dead from the beginning of the story, there is so much to excavate – and through Emezi’s writing his life exists to be narrated and celebrated. Perhaps this is best expressed in Vivek’s words: “I felt that death would be the heaviest thing of all, but it wasn’t, it really wasn’t.”

This article was first published by New Frame. 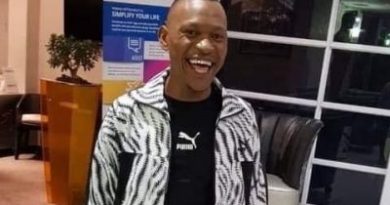 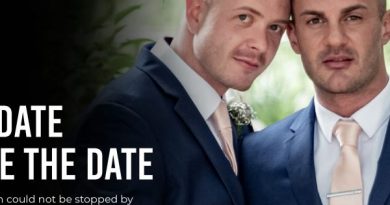 SAVE THE DATE OR CHANGE THE DATE 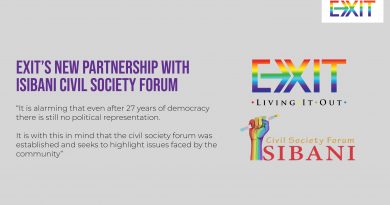