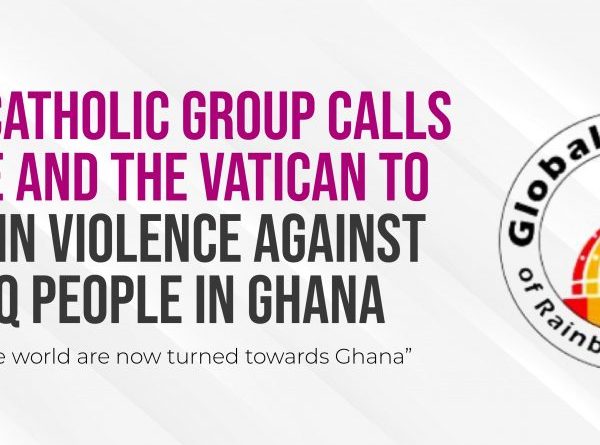 “The eyes of the world are now turned towards Ghana”

The Global Network of Rainbow Catholics reports that the Ghanaian LGBTIQ community is under attack following a letter from Ghana’s Catholic Bishops.

3 March 2021. The Global Network of Rainbow Catholics (GNRC), a network of more than forty organizations supporting LGBTIQ Catholics around the world, declares: “We are hereby issuing an urgent call to Pope Francis, to Cardinal Secretary of State Pietro Parolin, and to Cardinal Marc Ouellett, Prefect of the Congregation for Bishops, to act swiftly to intervene on behalf of LGBTIQ people in Ghana.” Due to two recent statements – first / second document – from the Ghana Catholic Bishops’ Conference, several LGBTIQ activists have been arrested or suffered violence, and the offices of the country’s primary LGBTIQ human rights organization in Accra were closed down.

Ruby Almeida, GNRC Co-Chair, said: “The original statement from the Ghana Catholic Bishops’ Conference caused tremendous harm to LGBTIQ people in many parts of Ghana. The danger to people’s lives, safety, and livelihoods remains. It is imperative for the leaders of our church to intervene on behalf of vulnerable people. They must nurture and ‘respond to the needs of society’ as outlined by the United Nations, without marginalising and inviting hatred and hostility towards the LGBTIQ people of Ghana. Our church’s commitment to the dignity of every human being demands it.”

Christopher Vella, the other Co-Chair of GNRC, added: “The eyes of the world are now turned towards Ghana, where the suppression of human rights for members of the LGBTIQ community is becoming increasingly known. Our church leaders must apologize for the inflammatory words that sparked attacks and must take the lead in standing for the safety and dignity of LGBTIQ people. Our sexuality and gender identity are not ephemeral actions or tendencies, but truly constitute a fundamental part of who we are. The Catholic Church must not be seen as a church that tolerates discrimination on the basis of identity.”

Dumisani Macdonald Dube, GNRC African Regional Representative and member of GNRC’s African Caucus, notes that a GNRC member group, the Interfaith Diversity Network of West Africa (IDNOWA) sent an open letter seeking a meeting about this matter to the Chair of the Ghana Catholic Bishops Conference, Archbishop Philip Naameh. However, Archbishop Naameh’s response failed to take any responsibility for the anti-LGBTIQ violence or offer meaningful support to the LGBTIQ community. IDNOWA then sent a second letter in reply to the Archbishop ́s response.

Mr. Dube stated: “The African Caucus is disappointed by the Archbishop’s response and support to homophobic actions toward the LGBTIQ community in Ghana. The church is supposed to be a safe haven for everybody regardless of sexual orientation and gender identity. The bishops have failed LGBTIQ citizens by supporting the perpetrators of human rights violations. They should be at this point providing safe space, but they are dealing hate. As a powerful entity in the country, the church should take the lead in protecting the children of God.”

The Global Network of Rainbow Catholics (GNRC) brings together organizations and individuals who work for pastoral care and justice for lesbian, gay, bisexual, transgender, intersex and queer (LGBTIQ+) people and their families. We work for the affirmation, inclusion, dignity and equality of our Rainbow community in the Roman Catholic Church and in society. The GNRC was founded in Rome in October 2015, and ratified and adopted its Constitution and Internal Regulations in Munich-Dachau in December 2017. GNRC was officially registered in Italy as an international Third Sector organization on the 17 December 2017. 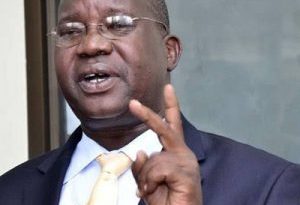 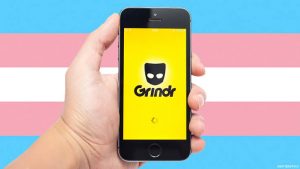 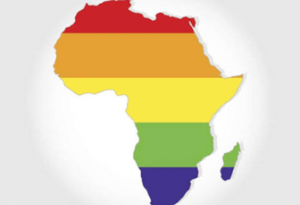 Made In Africa Too