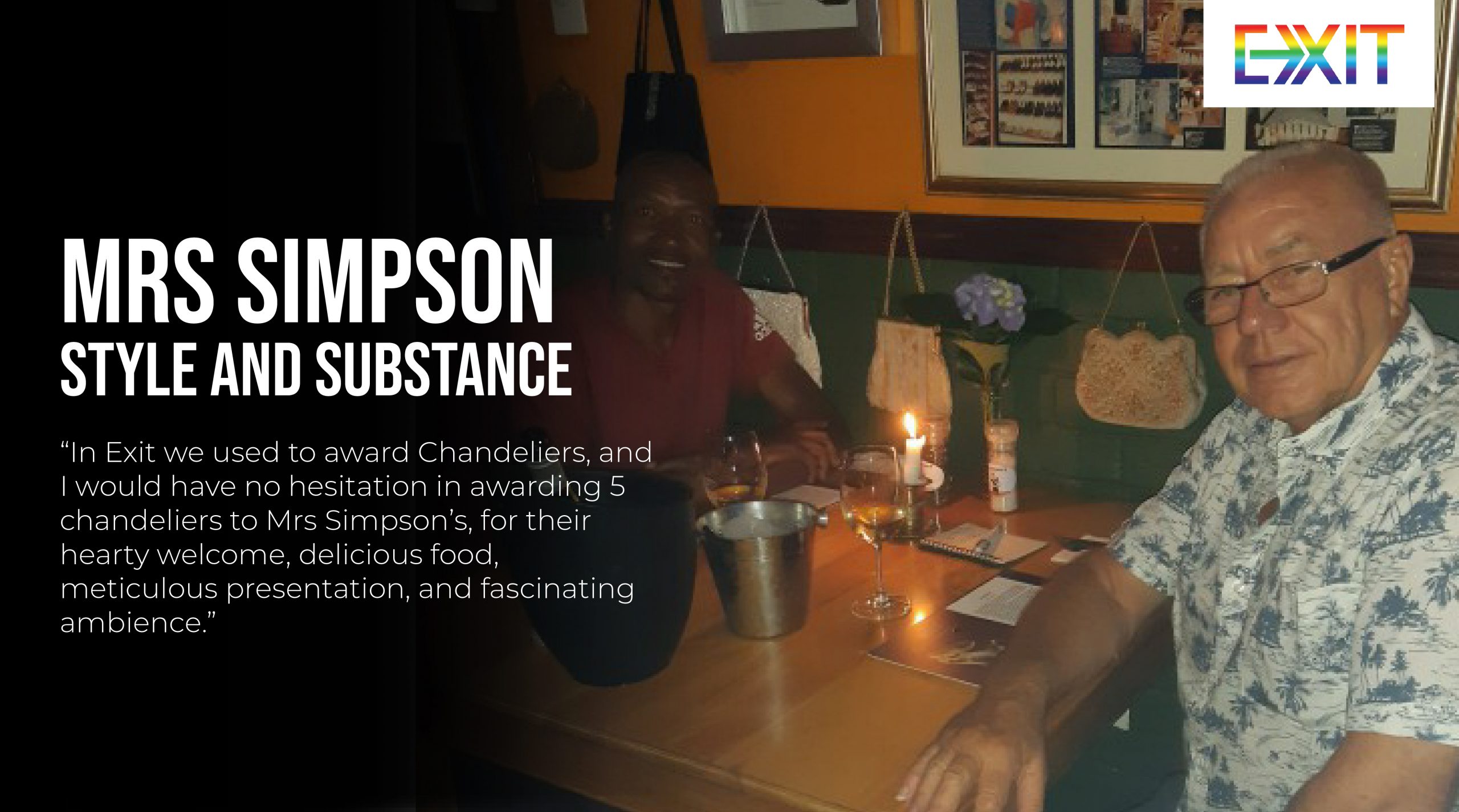 They are marked Duke and Duchess, the restrooms, known to some less genteel as cottages. When Stephen and Bryan opened their own restaurant in 2005, they wanted it to have a woman’s name. They settled on Mrs Simpson – if she could catch a king, she would surely bring them customers.

Mrs Wallis Simpson, was an American divorceé who gained infamy when the English King Edward VIII abdicated in 1937 so that he could marry her. With a reign of 326 days, Edward was one of the shortest-reigning monarchs in British history. They became the Duke and Duchess of Windsor, and lived the rest of their lives outside England, mostly in Paris.

Wallis Simpson was well known for her vast collection of shoes, handbags and gloves and the restaurant in Dullstroom has a considerable collection of these vintage items on its walls as décor. Many have been donated by friends and diners.

Mrs Simpson is also a fly for trout fishermen and can be seen among the décor in the restaurant. The fly came into use around the time of the abdication of Edward VIII. The idea was that if a Mrs Simpson could lure a king then why not a trout!

Mrs Simpson’s Restaurant surely rates amongst the top country restaurants in South Africa and has become one of those “must visit” establishments.  So we capped a few days in the Kruger Park in December with a night in Dullstroom so that we could add Mrs Simpson’s to our long list of memorable experiences.

And that indeed it was. Because of the pandemic we had camped in the Kruger and seen to our own food, so we were slightly anxious arriving at a restaurant all masked up. But Stephen and Bryan and their staff are fully compliant with current health protocols, and tables in the full restaurant were socially distanced.

Our waiter said we could call him Al, short for Almero, and he was mincing about that night in pink loafer to match his pink face mask. With his Mozambican background, the obvious starter for Paul was the Chicken Livers, and he declared them to be outstanding. I chose Thai phyllo wrapped prawns, and found them too to be delicious.

I stuck to the Thai theme with Thai chicken curry as a main course, while Paul ordered the always under-rated but frequently superb Hake & chips, and neither dish disappointed.

We chose desserts from a wide variety brought to us on a board, settling for Cheesecake and Peanut butter ice-cream.

Mrs Simpson’s does not aspire to Michelin status, but the food on their eclectic menu (Moroccan Prawns, Rainbow Trout, Cape Malay Bobotie…) is prepared with care and served in style, and they have a good selection of wines (when they are allowed to sell it).

We thoroughly enjoyed our dinner at Mrs Simpsons, and strongly endorse the notion that this is a “must visit” establishment.

In Exit we used to award Chandeliers, and I would have no hesitation in awarding 5 chandeliers to Mrs Simpson’s, for their hearty welcome, delicious food, meticulous presentation, and fascinating ambience.

Sauces to order (with any meal) 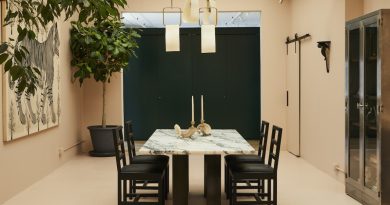 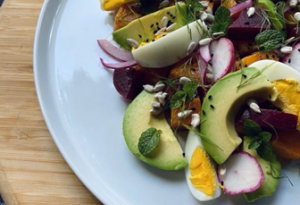 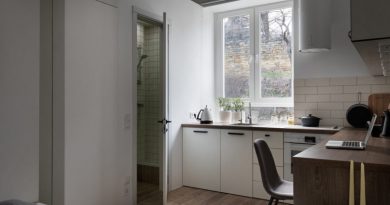 A Cozy Flat in Odessa Designed for a Student