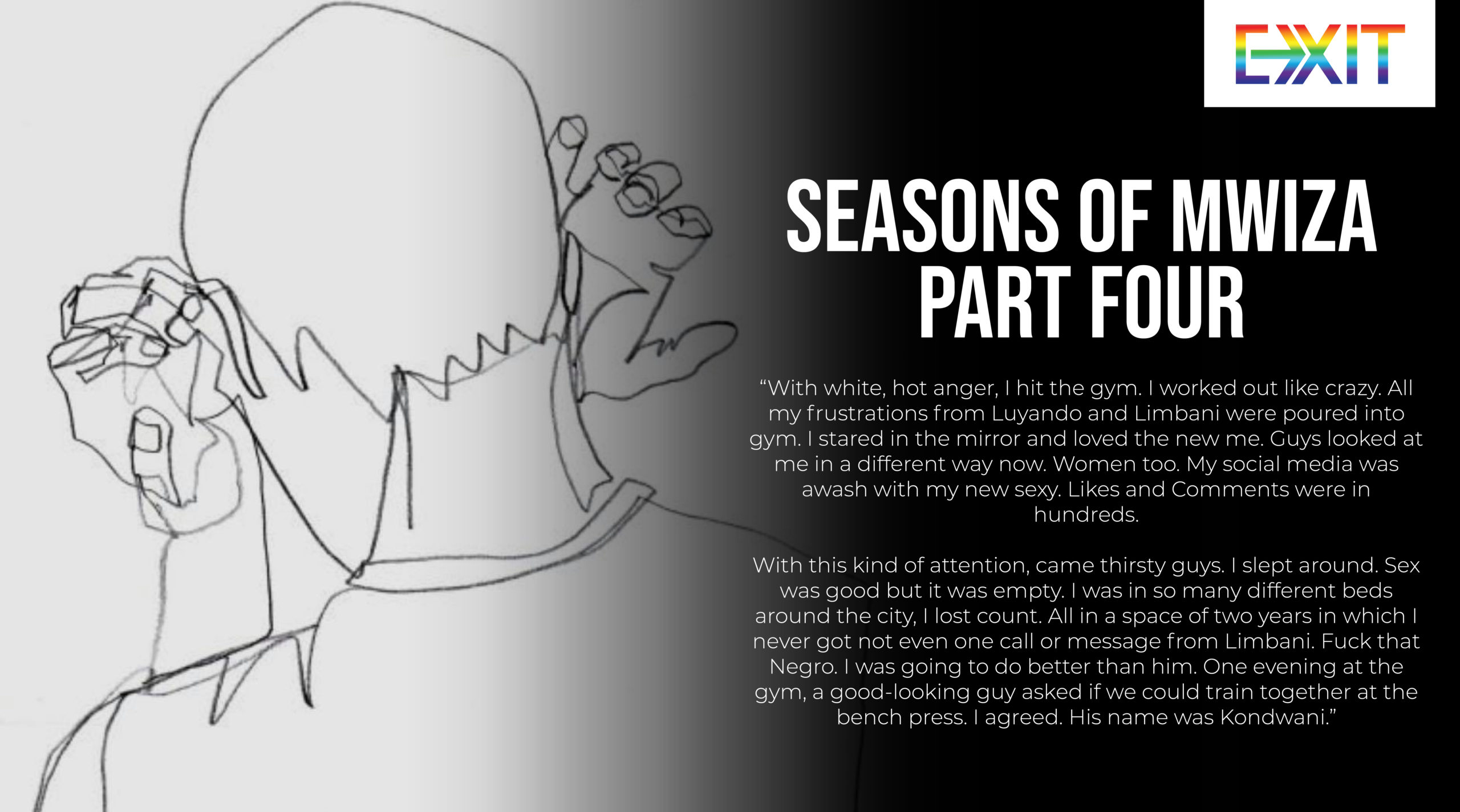 Limbani and I settled into an unconfirmed relationship. He still had a girlfriend. I was the hopeful one. Hopeful that somehow, I would get validated as his boyfriend. I didn’t. And so I started getting needy and insecure. I did some questionable things. Such as creating a fake Facebook account just to spy on him. I catfished on him, chatted to him but he never returned my charms. Still that never calmed me. I was this deeply insecure person that was hungry for attention, for exclusivity and for validation. After a nasty fight one day, he sat me down and asked me. ‘What do you want Mwiza? Just say it.’

I looked at him and down at my feet and went for it. ‘I want you to be mine. I feel like an afterthought.’ I paused and exhaled. ‘Is that too much to ask for?’

Limbani reached for my hand. ‘I am not him. I am me and I love you. I am here with you. She is another part of me that will never change how I feel about you.’

I don’t know why I believed him. But with hindsight, I realised I was deeply insecure and anything was going to assure me. He did just that. We had a long talk and felt a lot closer. From then on, calls from his girlfriend got less and if she called, he never picked up. It was very selfish of me but I felt it was justified. When he was with me, it was just me and him. She had no place in that. It suited me. From then on, Limbani and I spent a lot of time together. He picked me up from work on most days. I felt like a very married guy.

Then Limbani’s girlfriend got pregnant. And my world crumbled. I was losing him. In that brief conversation that he admitted her pregnancy, I felt him slipping away from me. I tried to catch him. I failed. I was livid and yet powerless to do anything about it. In my stupidity, I had assumed he was going to leave her for me. He didn’t. He had been seeing her of course but getting her pregnant was not something I had considered happening until it did. He tried to assure me of his love and devotion. It sounded forced. We both tried to make it work but as days went by, we drifted apart further. It was a stunning reality and one I quickly threw to the deep recesses of my mind. Long, deep, buried, painful memories were triggered. I remembered the pain of losing Luyando. I started questioning the authenticity of same-sex dating. I wanted to scream at myself for having been a fool. I didn’t. Instead I just kept quiet and cried silently.

Eventually, Limbani and I stopped seeing each other regularly. Sometimes he would call or text. Sometimes those efforts of his felt good and assuring. Sometimes they were just plain grating. They were a reminder of my pending loss. I had seen pictures of his girlfriend on his Facebook profile. She was a stunning beauty with brains to match and like him, came from a wealthy family.

After a while, I started considering working on our relationship. I realised a good man doesn’t exactly come in attractive wrapping. Limbani was my man and if he had a girlfriend, so be it. At least I still had part of him. She could have the other guy.

‘I understand it all. I will still be here. I love you.’ I said to Limbani.

He held me close, his arms wrapping around me in that strong assuring hold, his musky scent sweeping over me. He kissed me and later made love to me. It was sweet. He didn’t speak much about her. He instead spoke about how much I made him happy and how I was the first guy to ever validate his bisexuality. His words made me happier and more confident.

Three weeks later and late in the morning, Fred called me and asked me to check Limbani’s Facebook wall. When I was at work, I never got onto social media much. I valued work. And so I did as Fred asked me to, with trepidation. The pictures were many, in full HD. Limbani had just wed his pregnant girlfriend. I was stunned. He had never told me he was going to marry her. In fact, I had never asked him if he was going to. He never picked up my calls. He never returned my messages. I made excuses for him, that maybe his new wife had his phone. That maybe he was too tired and sleeping from all the wedding festivities. That maybe he wanted to talk to me in person than on the phone. It took me a whole week to start accepting the fact that Limbani had left me. Unlike before when I had sunk into self-pity after losing Luyando, this time I was not sad. I was angry at myself for letting this happen. How could I have believed Limbani would stay with me when he had an option of a better life with her? A life of no hiding and no stigma from society? I had been dumb.

With white, hot anger, I hit the gym. I worked out like crazy. All my frustrations from Luyando and Limbani were poured into gym. I stared in the mirror and loved the new me. Guys looked at me in a different way now. Women too. My social media was awash with my new sexy. Likes and Comments were in hundreds. With this kind of attention, came thirsty guys. I slept around. Sex was good but it was empty. I was in so many different beds around the city, I lost count. All in a space of two years in which I never got not even one call or message from Limbani. Fuck that Negro. I was going to do better than him. One evening at the gym, a good-looking guy asked if we could train together at the bench press. I agreed. His name was Kondwani. 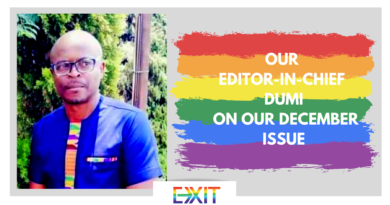 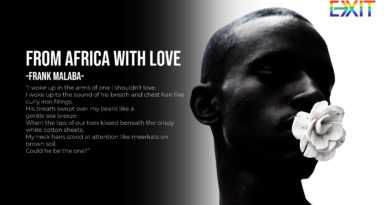 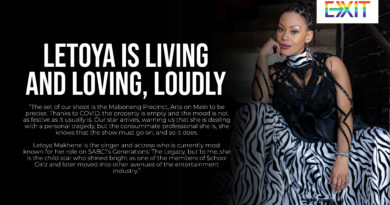 LETOYA IS LIVING AND LOVING, LOUDLY