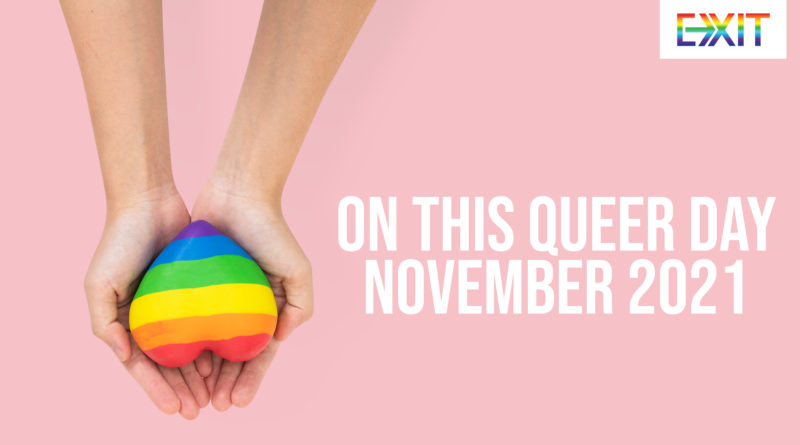 This year is getting on and I have a message for November for readers who feel the year has not been a good one: You can have had ten foul months, but it only takes the two remaining months to be good to turn an entire year into a success and something memorable, so take heart, take inspiration from LGBTGQ history and make November the game changer. Here is what has happened in LGBTGQ history in Novembers past.

November 2nd – Remember on this day the modern pogroms and persecutions we have survived: Have you heard of the “Idaho Roundup”? It is a sad tale of hysteria and extremism from 1950s America and happened when on this day in 1955 three men were accused of having sex with teenagers in Boise Idaho, culminating in the questioning of 1400 people in a witch-hunt frenzy which also led to imprisonment of nine men for up to fifteen years while an unknown number of gay men took flight from the city.

November 3rd – That flagship of American gay publications, The Advocate Magazine, is such a success that the Wall Street Journal publishes a frontpage article about it.

November 5th – Now how is this for convoluted reactionary reasoning? Fairfax county in the USA’s board of education repealed as clause prohibiting anti-gay verbal abuse in public schools on this day in 1992 because of complaints that it encouraged homosexuality… Sometimes I want to end entries like this with exclamation marks, in this case it would have been for this stupidity of homophobes.

November 7th – On this day in 1995, People Like Us LGBTGQ group applies for registration as a recognized society – recognition was granted.

November 8th – In Zimbabwe on this day in 1995, tribal chief Robert Makoni addressed parliament and asked for gays and lesbians to be whipped. Zim’s embattled LGBTGQ community has come a long since but still experience discrimination.

November 9th – In the UK on this day in 1928, the obscenity trial of Radclyffe Hall’s book The Well of Loneliness begins. The book portrays lesbianism and the star witness for the defense, Norman Haire maintains that reading books portraying homosexual relations can’t cause readers to become homosexual no more than reading about syphilis can cause one to become syphillic.

November 10th – More than a thousand transgender Hijra women held a Pride parade to commemorate the granting of recognition to them by Bangladesh’s government as a third gender on this day in 2014.

November 11th – Australia removed restrictions on gays and lesbians serving in the military on this day in 1992.

November 12th – After the Columbian supreme court ruled against same-sex marriages, protests take place in Bogota on this day in 2010.

November 13th – Robert Mugabe’s attendance of a meeting of Commonwealth heads of state is met with protests by a group of lesbians on this day in Auckland New Zealand in 1995.

November 15th – China ruled that same-sex acts were no longer to be considered a “Social order” offence on this day in 1994.

November 16th – The West German government announced on this date in 1984 that it will attempt to criminalize the act of having sex by people with Aids.

November 17th – A London judge ruled that Radclyffe Hall’s novel The Well of Loneliness was obscene and ordered all copies destroyed the New York Times announced on this day in 1928.

November 18th – One of the first researchers who proved that homosexuality was not a physiological disease, psychologist Doctor Evelyn Hooker, died on this day in 1996.

November 19th – Happy birthday to bisexual clothing designer Calvin Klein (born on this day in 1942). The Transgender Pride flag flied from the Castro San Francisco flag pole for the first time on this day in 2012.

November 20th – On this day in 1998, John Geddes Lawrence and Tyrone Garner of Texas were ordered to pay $125 each for having sex in their home.  The announced that they would challenge the ruling and in a landmark case of Lawrence v. Texas, the United States Supreme Court struck down the sodomy laws of Texas.

November 21st – Gambia’s president signed anti-homosexual law on this day in 2014 which ruled that people caught having same-sex sexual activities should be imprisoned.

November 22nd – It is the birthday to Andre Gide, gay Nobel Prize winner for literature in 1947 who was born in 1869 and died in 1951. On this day in 1963, President Kennedy was assassinated in Dallas Texas.

November 23rd – On this day in 1965, the word “transgenderism” was first used in a medical text by Dr. John F. Oliven to mean transsexualism.

November 24th – Germany passed a law on this day in 1933 which allowed surgical castration as a crime prevention measure and a therapeutic treatment for homosexuality.

November 25th – A demonstration was held on this day in 1997 at the Johannesburg High Court in an application to decriminalize sex between men.

November 26th – On this day in 1962, Morocco added same-sex acts to its Penal Code

November 27th – Georgina Beyer became the first transgender member of parliament of New Zealand on this day in 1999.

November 28th – The National Coalition of Black Gays held its second national conference in Philadelphia on this day in 1980.

November 29th – The first same-sex wedding between two men took place on this day in 2007 in Hanoi, Vietnam although the union was not recognized by law.

November 30th – South Africa became the first country to legalize same-sex marriages on this day in 2006.

And that’s the month of November in LGBTGQ history… May you find some inspiration from it. 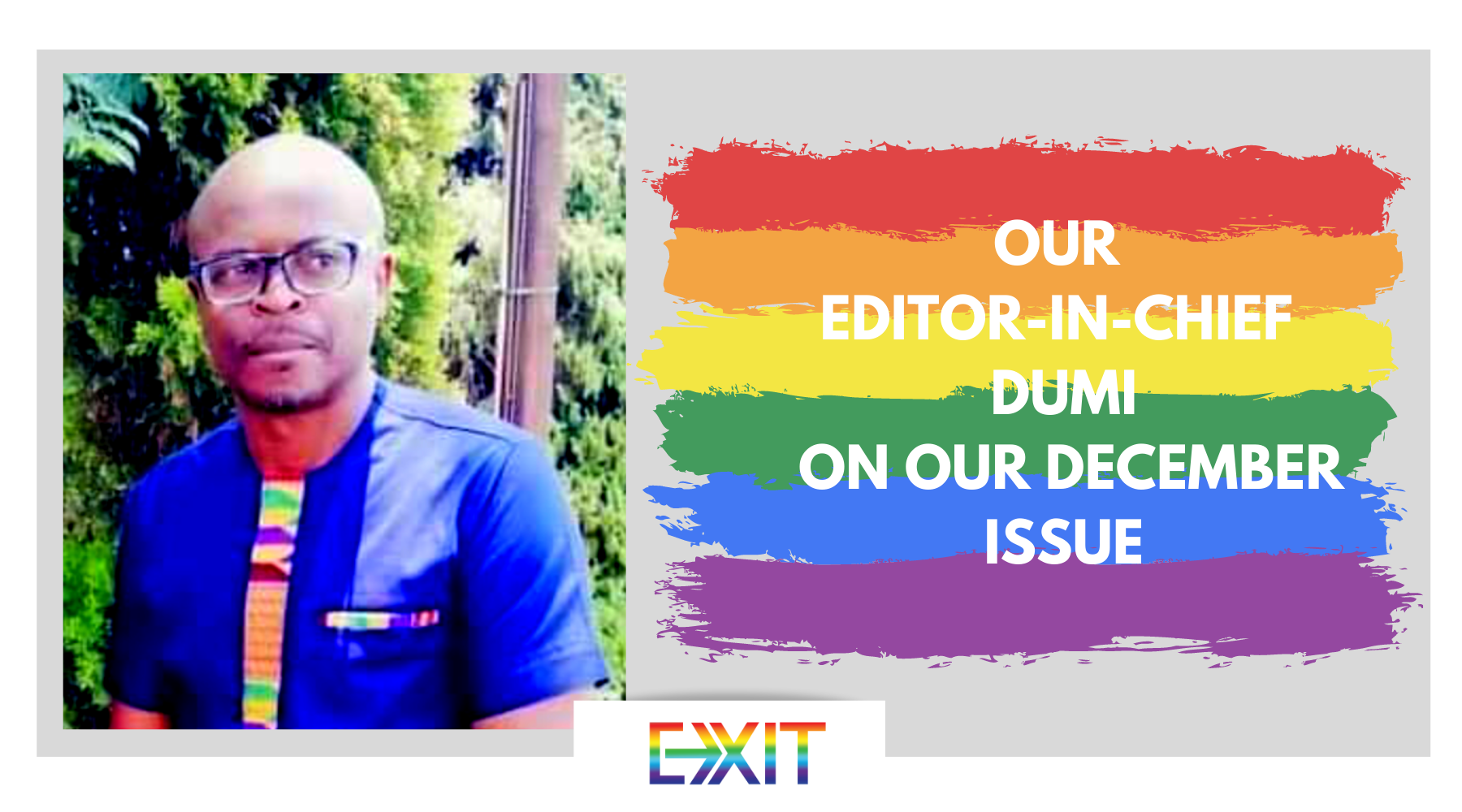 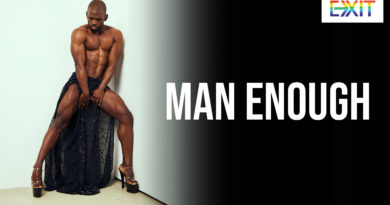 MEET THE NEW DIRECTOR: LGBTI AND OTHERS IN THE OFFICE OF THE GAUTENG PREMIER