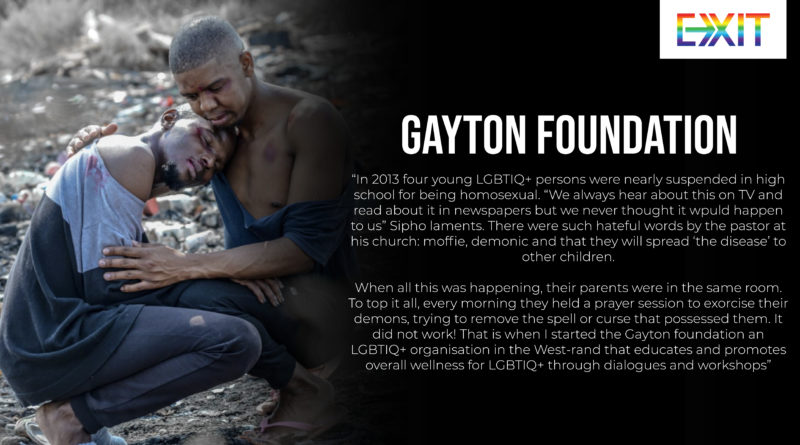 Sipho Dlamini was born, bred and raised in Kagiso, in the Westrand, Gauteng.  He is a young gay boy from the hood whose family knew about his sexuality but never made life easier for him, in fact they made his life a little stressed hence he started Gayton Foundation. The concept behind the project is narrative stories that took place his life. ” I had to learn a lot in life in order to grow. I believe the most important part of my experience is for the next generation not to experience”, he says.

In 2013 four young LGBTIQ+ persons were nearly suspended in high school for being homosexual. “We always hear about this on TV and read about it in newspapers but we never thought it wpuld happen to us” Sipho laments. There were such hateful words by the pastor at his church: moffie, demonic and that they will spread ‘the disease’ to other children.  When all this was happening, their parents were in the same room. To top it all, every morning they held a prayer session to exorcise their demons, trying to remove the spell or curse that possessed them. It did not work! That is when I started the Gayton foundation an LGBTIQ+ organisation in the West-rand that educates and promotes overall wellness for LGBTIQ+ through dialogues and workshops

In  2018  there at church, during her sermon the pastor stood firmly at the pulpit and declared: “Kids nowadays are no longer smoking drugs, instead they are becoming Gays or Lesbians.” At this time Sipho felt that the pastor was insinuating that drug abuse is better than being gay or lesbian. “I felt like she was promoting drug abuse,” Sipho says.  After the service they called him into the boardroom, they told him that he was not good for the church and him being part of it was not good for the image for the church. It was then that he decided to stop going to church. “I felt that if they preach hate every Sunday why should I go to church.”

With the ever-increasing killings of queer bodies Sipho felt he needed to share his feelings and emotions by visual arts, creating conversation by pictures.  “Will they be happy be to see me laying there dead or they will come forward and speak.”  A big thank you Siya, Sipho, Mokete, Tiisetso and Bulelwa for being part of the project. 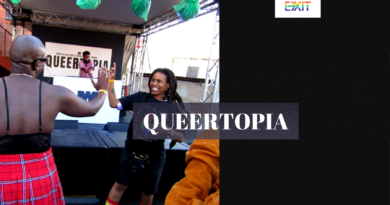 QUEERTOPIA- A REPUBLIC BY US FOR US 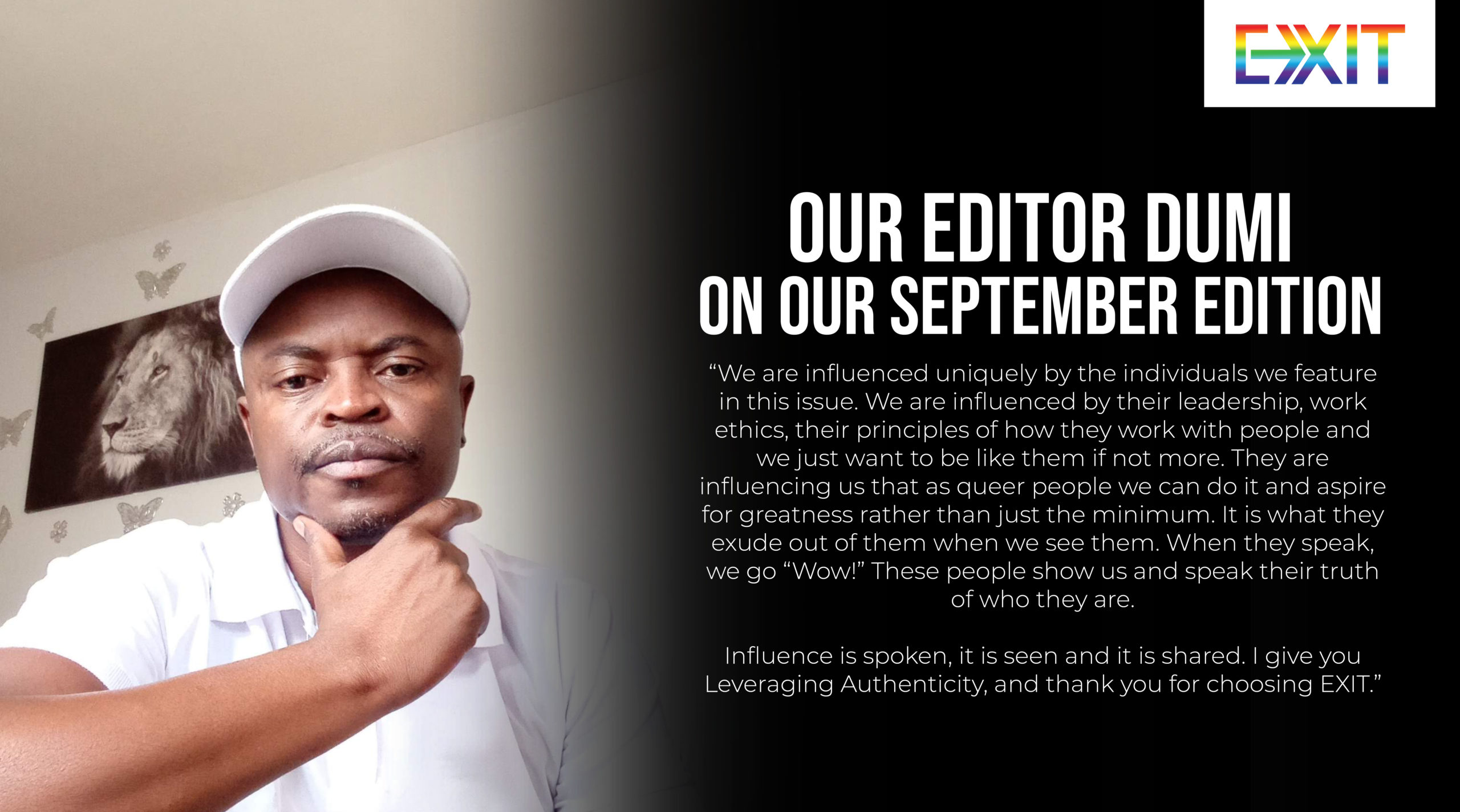 OUR EDITOR DUMI ON OUR SEPTEMBER EDITION 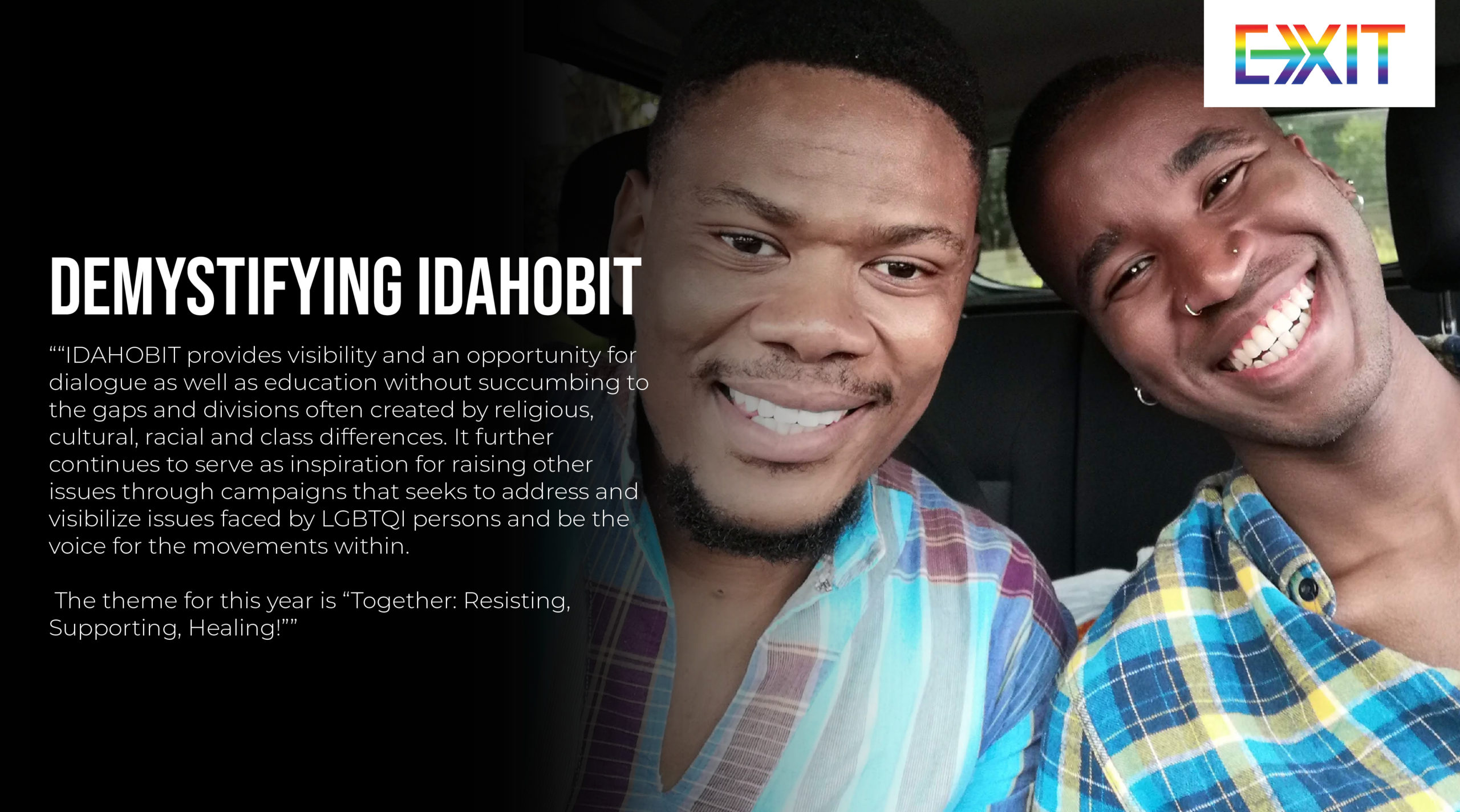