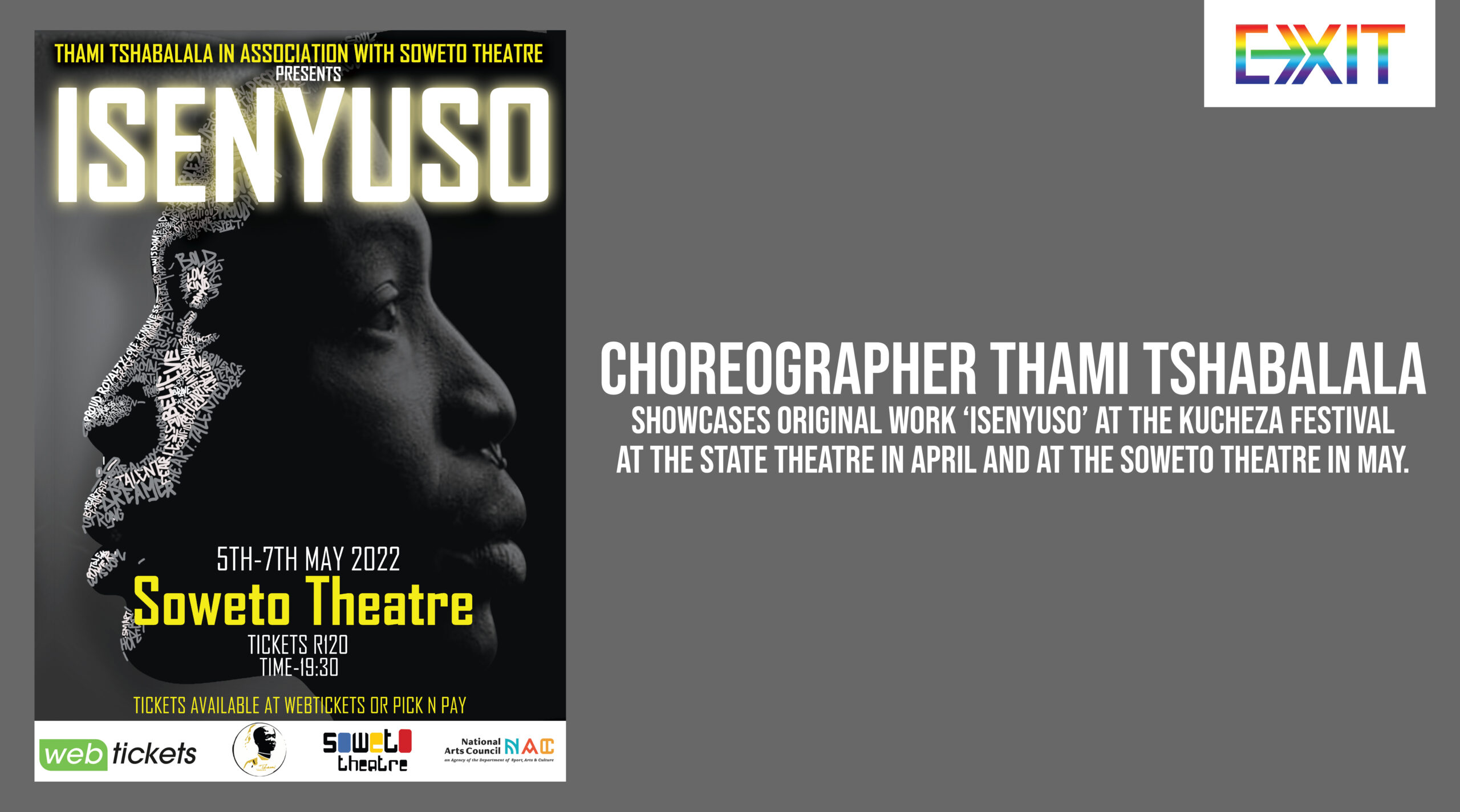 Choreographer Thami Tshabalala showcases original work ‘Isenyuso’ at the Kucheza Festival at the State Theatre in April and at The Soweto Theatre in May.

Naledi Award Nominee, Thamsanqa ‘Thami’ Tshabalala, is back with another original contemporary piece titled ‘Isenyuso’, which joins the Kucheza Festival line up at The State Theatre on the 5th and 6th of April, as well as a run at the Soweto Theatre from the 5th to the 7th of May 2022.

After tremendous success with his first choreographed dance piece, ‘Simon’, which received critical acclaim at the relaunch of the Dance Umbrella in 2019 and at several dance national festival like the PACE Festival and the Solo & Duet Festival at the Soweto Theatre, it was nominated in the Best Contemporary/Ballet Production 2019 category at the Naledi Awards 2020.

Since his return to South Africa in August 2021, after a successful Vienna-Austria dance tour of Dada Masilo’s ‘The Sacrifice’, Tshabalala has sautéed onto the dance floor with full force and is excited to stage his next new dance piece in Pretoria and in his hometown, Soweto, called ‘Isenyuso’.

Inspired by life, Tshabalala was moved by a painting at a gallery in France which depicted a black man, figuratively carrying his life on his shoulders; his inheritance, his ancestors, his families’ expectations… This resonated with Tshabalala as he saw himself in this picture; being a queer man of colour living in a society of sometimes unreasonable expectations, but also trying to balance being true to his roots and the importance of tradition.

Commenting on this moment, Tshabalala expresses that he was “inspired from my personal experience to understand the trajectory of the man of colour; his insinuated association through indoctrination. In the process of conceptualising, I was moved by the painting.”

He was further influenced by the book ‘Things Fall Apart’ by Chinua Achebe which once again reminded him of this painting and his own disposition. The story chronicles the life of Okwonkwo, an Igbo man and local wrestling champion in the fictional Nigerian tribe of Umofia. He was empowered by the notion of superiority and toxic masculinity which became his downfall and led him astray from the genuine essence of being his true desired self.

Tshabalala adds, “he [Okwonkwo] was empowered by the notion of superiority, preserving culture and heritage, and resisting the world of the missionaries that invaded Africa. He foresaw the indoctrination and depletion of the people of the igbo clan and their beliefs.”

And so Isenyuso was born.

Isenyuso, a noun, is derived from the native isiZulu language meaning ASCENSION.

This is a contemporary dance work with dialogue that details a global narrative of individual injustice, liberty, representation and the preserving of heritage.

“This global human pandemic is on its knees begging for acknowledgment in a world that guarantees life through sacrificing the innate being.” says the choreographer.

Watch Isenyuso at the Kucheza Festival at The State Theatre on the 5th and 6th of April 2022 and at The Soweto Theatre from the 5th to the 7th of May 2022.

Isenyuso runs on the Tuesday, 5th and Wednesday, 6th of April 2022.

Tickets are from R100 – R150 through Webtickets

Isenyuso at The Soweto Theatre details:

Tickets are R120 and can be purchased through Webtickets or at Pick n Pay.

For further queries, more information about the creative team and to arrange interviews, please contact Bronwen on 082 704 8843 or via email on bronwen@bsharpentertainment.co.za 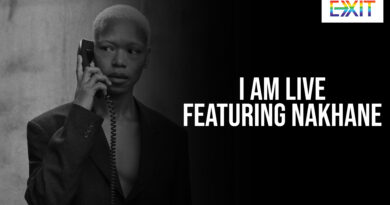 I AM LIVE Featuring NAKHANE – 21st May 2022 at Constitution Hill 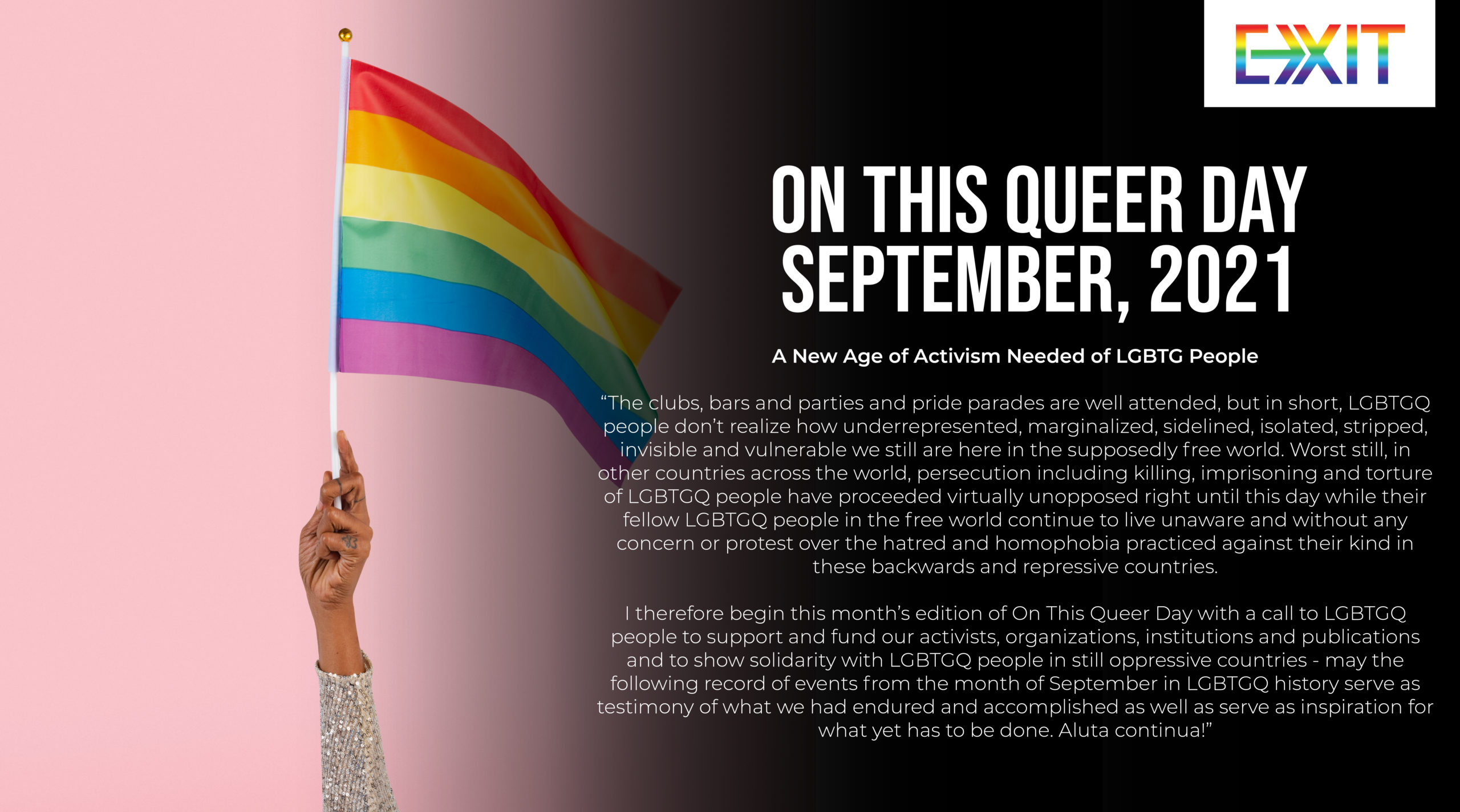 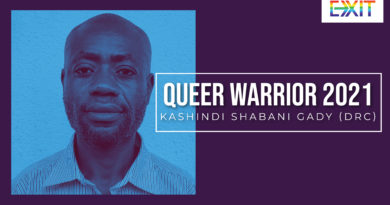