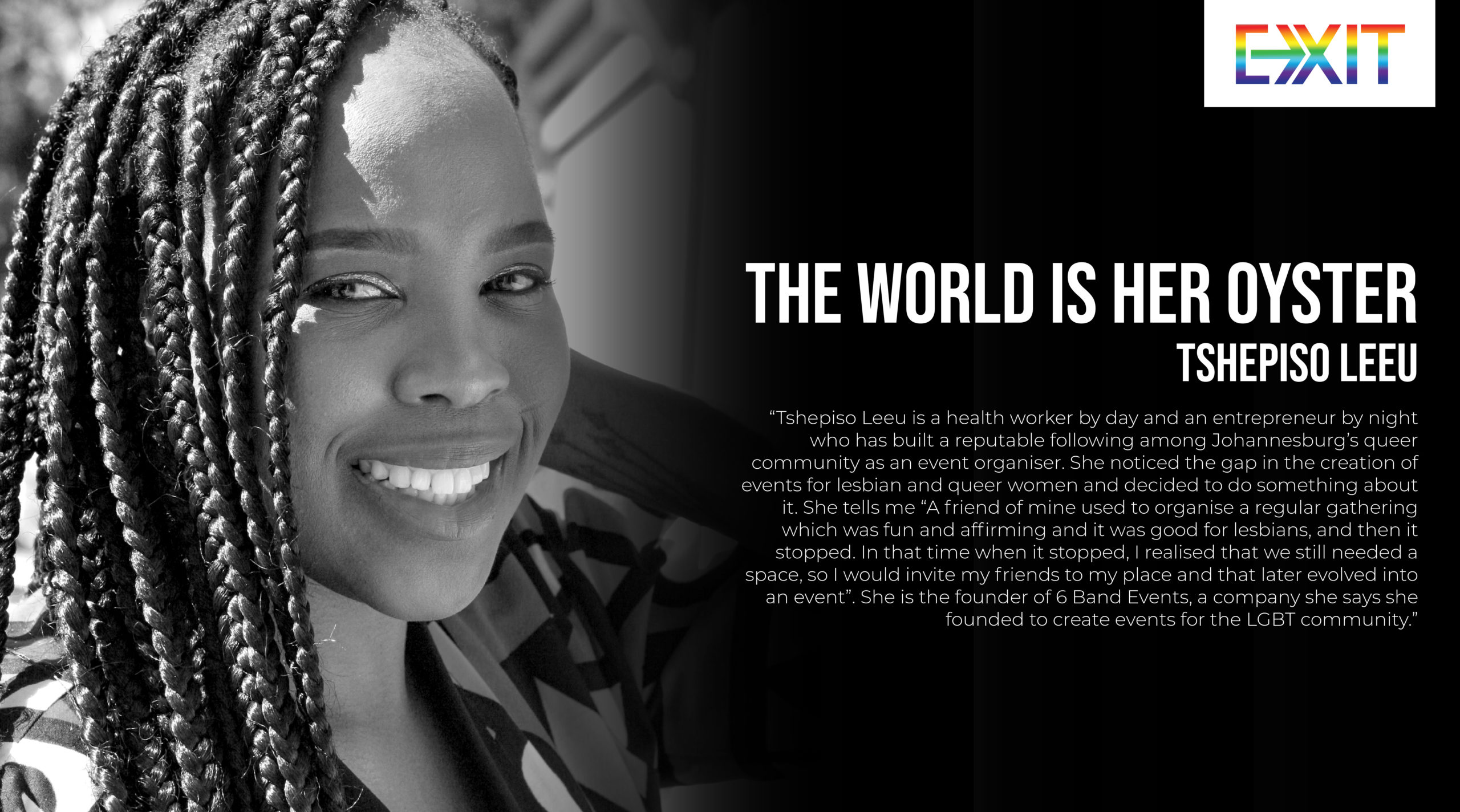 The year 2021 is the 51st anniversary of the Stonewall riots – a moment which is credited with the birth of the gay rights movement. The Stonewall pub was a monument and those riots are often described as the first Pride march. Pride events, whether you call them parades or marches, are a political statement for a group that often struggles to adequately and freely claim space, socially or otherwise. Gathering, therefore, has been an important way for the LGBTQ community to claim space collectively. Furthermore, it has filled a void, where we find ourselves in need of community, safe spaces and a social reprieve. The people who organise events and create spaces therefore play an important role, helping us fill the gap. Whether these spaces are called Pride, or not, they deserve their place in the social landscape of the queer community.

Tshepiso Leeu is a health worker by day and an entrepreneur by night who has built a reputable following among Johannesburg’s queer community as an event organiser. She noticed the gap in the creation of events for lesbian and queer women and decided to do something about it. She tells me “A friend of mine used to organise a regular gathering which was fun and affirming and it was good for lesbians, and then it stopped. In that time when it stopped, I realised that we still needed a space, so I would invite my friends to my place and that later evolved into an event”. She is the founder of 6 Band Events, a company she says she founded to create events for the LGBT community. “I realised that there are all these events for the LGBT community but there is a gap – we don’t have queer festivals and that’s what we need right now in the event space. We need a space not only for queer revellers, but also for queer artists”. Queer artists are a crucial tool for creating visibility and expanding message – through their art and performance, they enable us as LGBTQ people to be seen and heard by wider audiences and more importantly, they can affirm us and our lived experiences.

Tshepiso recently launched the queer centric festival Rock The City, an event she believes will drive her vision, which is to widen festival culture. “Rock The City was meant to be a space for us and by us, queer audience and queer entertainers, with the addition of other artists who are loved by the queer community”, she enthuses. The issues we discuss at this point are around our appreciation of these spaces and the purposes they serve “I was intentional about who performs there and the kind of entertainment there – from drag artists, to queer rappers and queer DJ’s. A lot of it was also meant to ensure that I cater for gay men, but not that many gay men were at the event, it was mostly queer women” she reveals. She adds that she had to curtail some of her usual entertainment which is curated for queer women in a bid to ensure that she attracts gay men, but those men were not present at her inaugural event.

The issue of being supportive or responding positively to these spaces and the content within them is one we ponder on for some time. There is a global concern that as audiences, the queer community can be fickle, and locally, there has been a decline in queer only spaces. Various queer centred events, night clubs and bars which were marketed to queer people that have closed and the questions raised by those closures were – why? Is it because we don’t want such spaces or don’t appreciate them? The toxicity and fickle nature of queer audiences is something we ruminate on for a while, I ask her why is it that events curated by a woman will have a bigger women audience and vice versa. “People respond to what is familiar, a male event organiser will have a big male audience and similarly for me, my biggest audience is queer women. And even when I try to change that, I haven’t quite cracked it” Tshepiso reflects. She shares that she wanted to ensure that Rock The City was a space for everyone, attracting both queer men and women, but because of who she has always attracted, she still had a bigger women audience.

There is an agreement between us that there is a need for more queer centric spaces, events and content, and for those products to be created and curated by other queer people. But we also agree that the challenges in creating aren’t just in audiences but they are also in money – movements, be they Pride, or they are social events or a film – they require money. “As a Black woman, I have tried to go to various places, seeking assistance and have either been asked to bribe or had the door shut”, Tshepiso tells us. She also shares her frustrations at the lack of structural support there is for queer event producers “people will only start supporting when it becomes big and books Mary Fitzgerald Square, but not now when it’s still starting out and struggling”.

Before we close, we detour into the race relations of the country and if those impact the success rate of businesses such as hers. “There is a belief that if you have support from straight people and from White people in business, your business will thrive. And we as Black people can sometimes close opportunities for each other. That needs to stop, it needs to change”. Tshepiso goes on to say she hopes that she will reach her break even point, be able to attract investment and grow her support base. She admits that it’s a long way to go and she needs help but she is hopeful. We conclude by admitting that there is a need for a revolution in order for these much-needed spaces to continue thriving and those behind them are able to make a living from them. 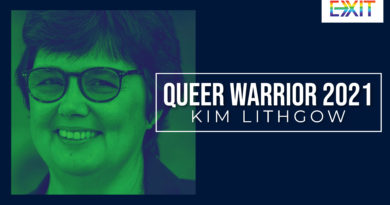 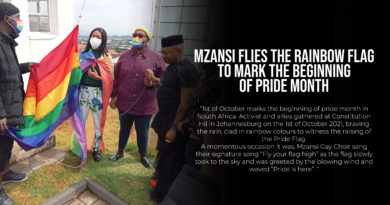 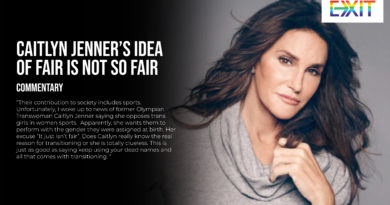