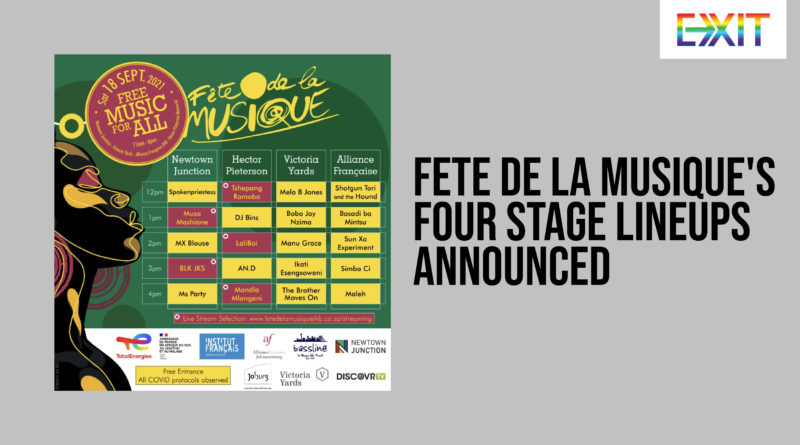 Fête de la Musique (or World Music Day) JoBurg is back on the 18th of September. The popular and free music festival that has become a great platform for a diverse range of renowned and upcoming talents to make themselves known in South Africa since 2010, happens at four venues in the city this year.

Fête de la Musique Joburg 2021 will take place between 12 and 5pm at Newtown Junction; Orlando West Soweto’s Hector Peterson Memorial; Victoria Yards in Bertrams  and Alliance Francaise in Parkview. Entrance is free with limited capacity to ensure everyones safety. All Covid 19 protocols will be adhered to. Some performances will be streamed on http://www.fetedelamusiquejhb.co.za/streaming.

These following performances will  be live streamed on

The Fête de la Musique Joburg is brought to you by the French Institute of South Africa and the Alliance Française of Johannesburg, in partnership with Bassline Live and Newtown Junction. It is made possible by the continuous support of TOTAL South Africa to the arts.

The Fête de la Musique (or World Music Day) is a popular and free music festival that has been taking place each year in France, internationally and was established in South Africa in 2010. In Johannesburg, it has become a great platform for both renowned and upcoming talents to make themselves known. Many local and international artists have taken part in the event throughout the years and contributed to its success, including Samthing Soweto, Msaki, Nakhane, Zoe Modiga, Blk Jks, Urban Village, BCUC, Berita, Baenz Oester and the Rainmakers and Bombshelter Beast.

About the Embassy of France in South Africa

The Embassy of France in South Africa serves as the main representative office of the French Republic, headed by Ambassador Aurélien Lechevallier. The Embassy works to build and strengthen cooperation and collaboration between South Africa and France in various fields, including politics, education, culture and business. This is done through close relations not only with the South African government, but also local businesses, non-governmental organisations, the media and educational institutions. Embassy staff constantly monitors and analyses local developments and is responsible for looking after the interests of French citizens in South Africa.

About the French Institute in South Africa (IFAS)

Over the 20 past years, IFAS has worked with multiple public and private partners in South Africa and in more than 30 African countries, prioritising the development of skills and ecosystems for innovation in the cultural and creative industries sector. With each project, IFAS develops unique collaborations with the shared goal of making the exchanges between the countries within creative industries more rewarding, complementary, dynamic, innovative, creative and ambitious. The Institute facilitates and implements these collaborations with key players of the French creative industries in training, innovation, business development and public policies to design programmes with a win-win approach. 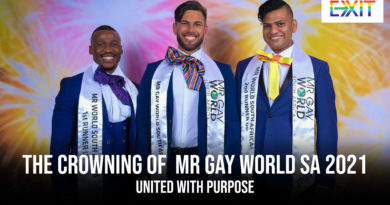 THE CROWNING OF MR GAY WORLD SA 2021 – UNITED WITH PURPOSE 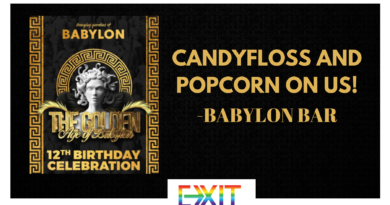 CANDYFLOSS AND POPCORN ON US! BABYLON BAR celebrates 12 years of successfully integrating SAFE AND INCLUSIVE SPACE for all! 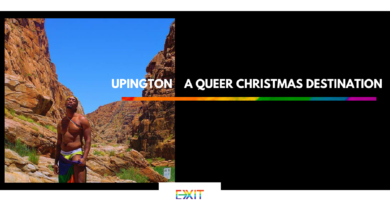