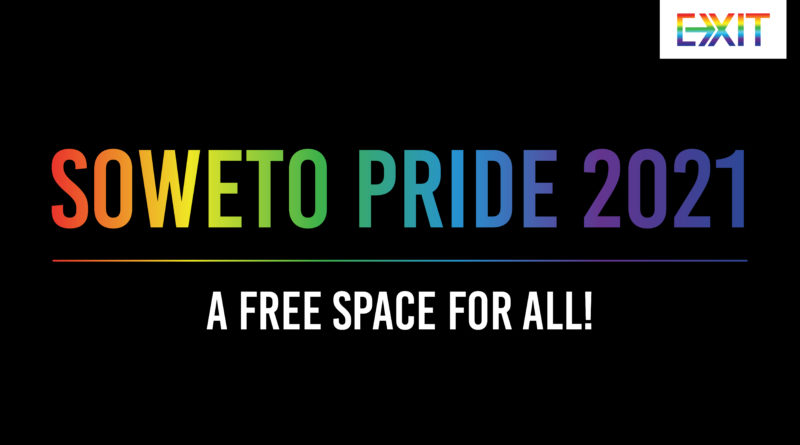 Saturday the 25th of September Dorothy Nyembe Park in Dobsonville, Soweto sprung to life with rainbow colours flying left, right and centre. It was a hive of activity as LGBTIQ+ people from all walks of life gathered for the much-awaited Soweto Pride organised and managed by Forum for the Empowerment of Women (FEW).  Forum for the Empowerment of Women (FEW) has hosted Soweto Pride since 2004.

Initially, a hybrid event of 100 people had been in the wake of Covid lockdown restrictions. However, when the government opened up for more people at open space gatherings, Soweto Pride organisers did not waste time but jumped this opportunity to bring in queer people together at one place.

According to Jade Madingwane, Programme Manager at Few organising Soweto Pride was slightly stressful. Difficult as it may have been, the whole process was eased by the collaboration with the City of Johannesburg. Few had for years been planning Soweto Pride without much financial help, it was self-sustaining.  Jade says the coming into the party of COJ was a dream come true as it had been their dream to work with the city fathers and mothers for a long time. It gave easy access to the parks and a lot more.

The ticketing system was aimed at tracking the number of patrons who were admitted into the venue to remain within the required maximum number. Madingwane says the ticketing system worked flawlessly. However, she mentions that there was backlash from social media users claiming the organisers were only trying to keep them away from the event. A compliance officer was on sight to make sure that Covid regulations were adhered.

Entrance was free for all who had booked online and issued tickets, it was non-existent for those whose names did not book online as they did not appear on the list, you snooze you lose! Unlike in previous years, vendors and exhibitors did not pay a fee to sell or showcase their products, thanks to COJ. “This is free Pride for everyone, we need to continue to work together.” Says Jade. Amongst the Exhibitors was Exit Newspaper and Engage Men’s Health.

Like the legends they are Buhle Mda and Langa Mavuso gave a sterling performance that kept their fans on their feet, shaking heads and singing along.  When DJ Biskit took to the ones and twos the dust rose, hips swung and sweat flowed. What a performance! What a line up! MMC Masuku who spoke on behalf of COJ spoke well on the existence of Queer people in the streets. Soweto Pride was fun! 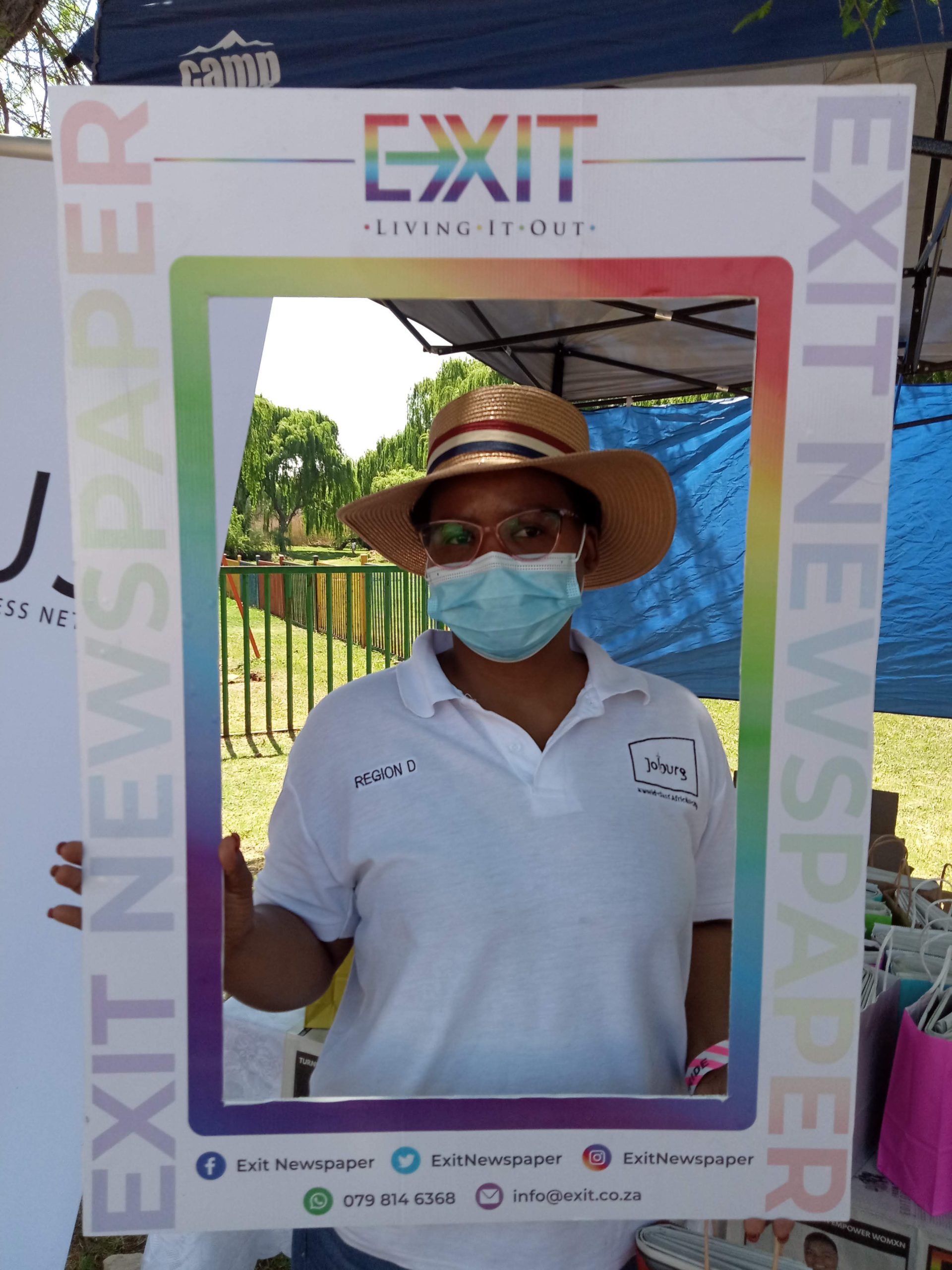 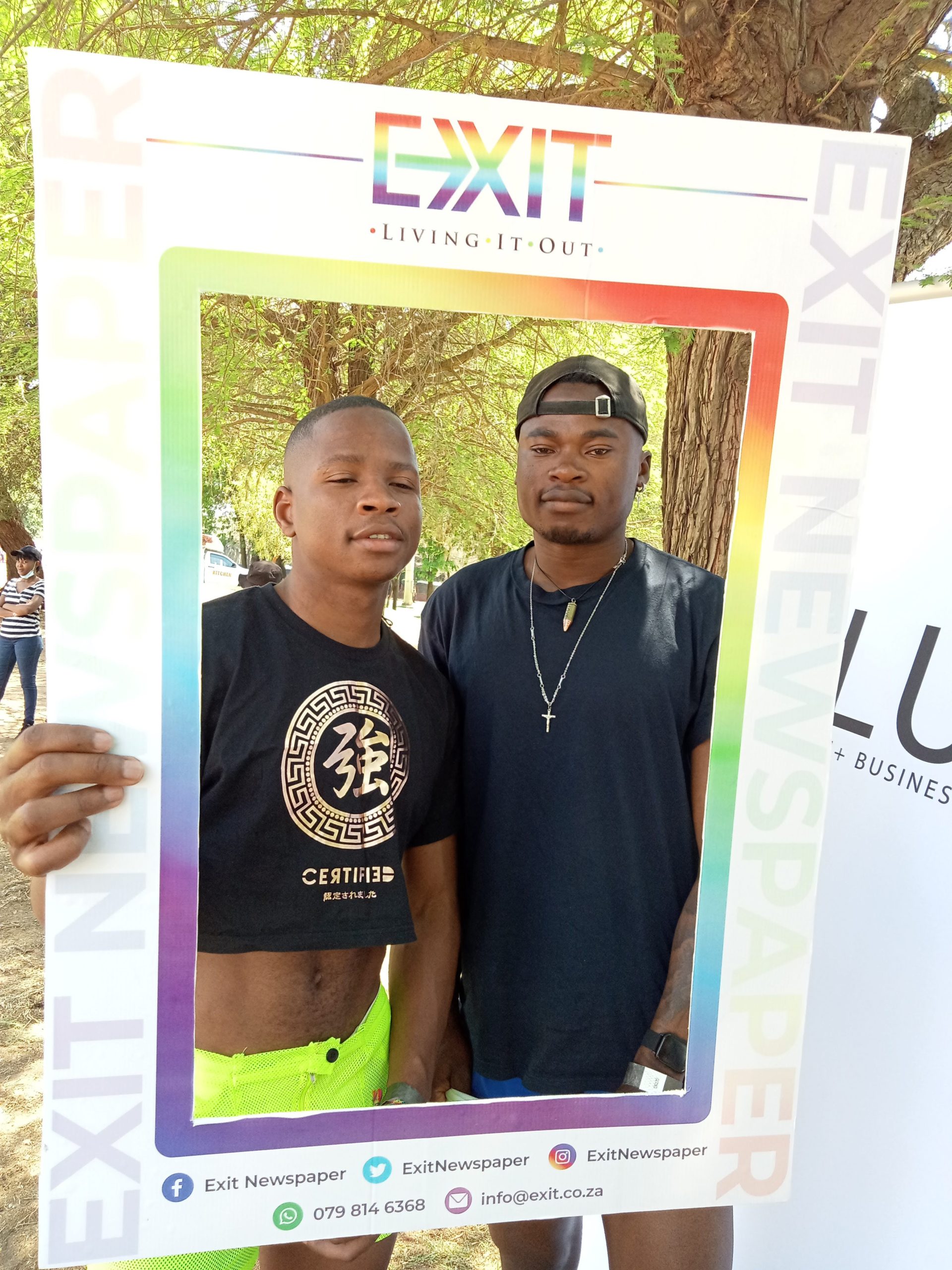 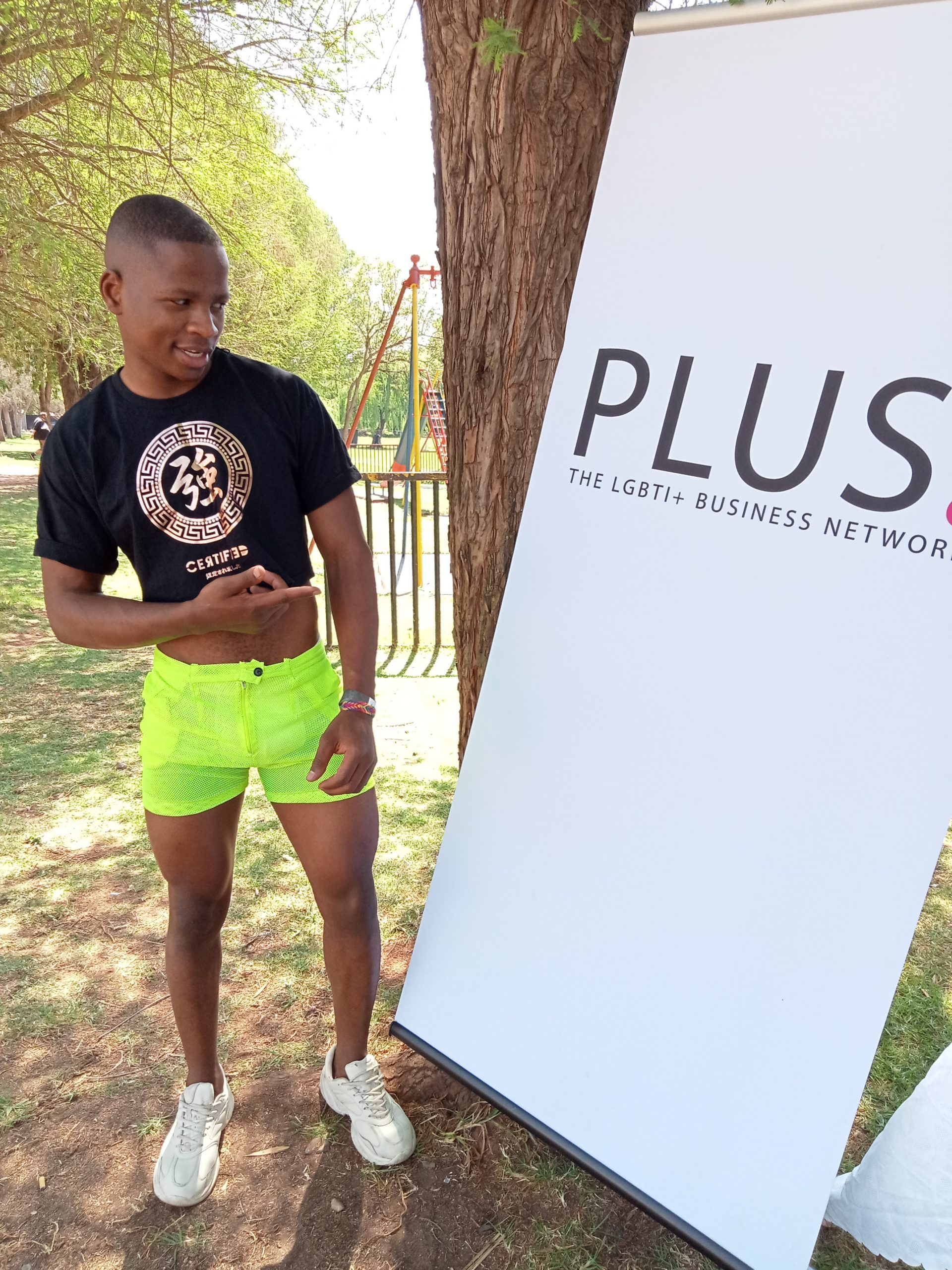 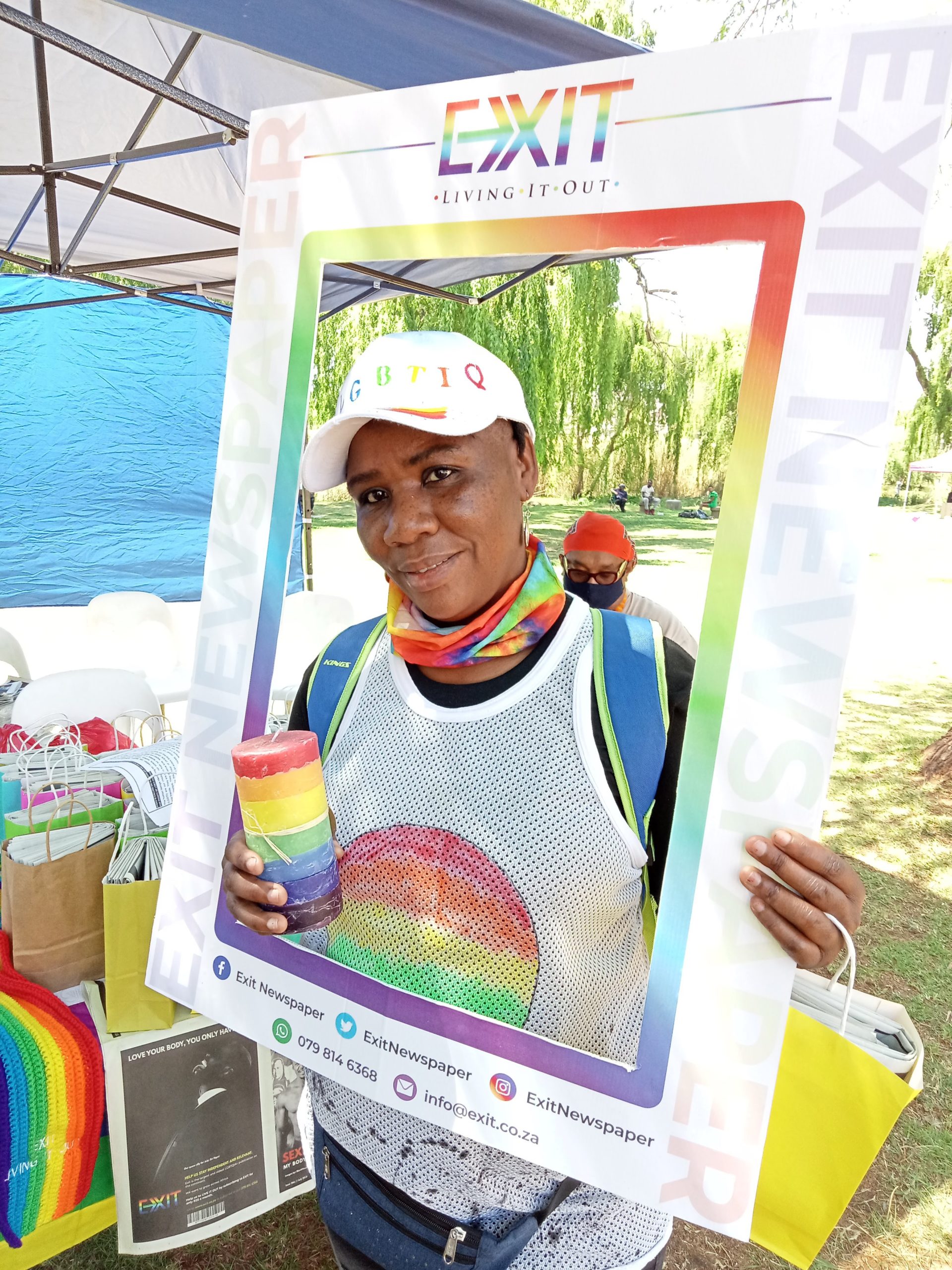 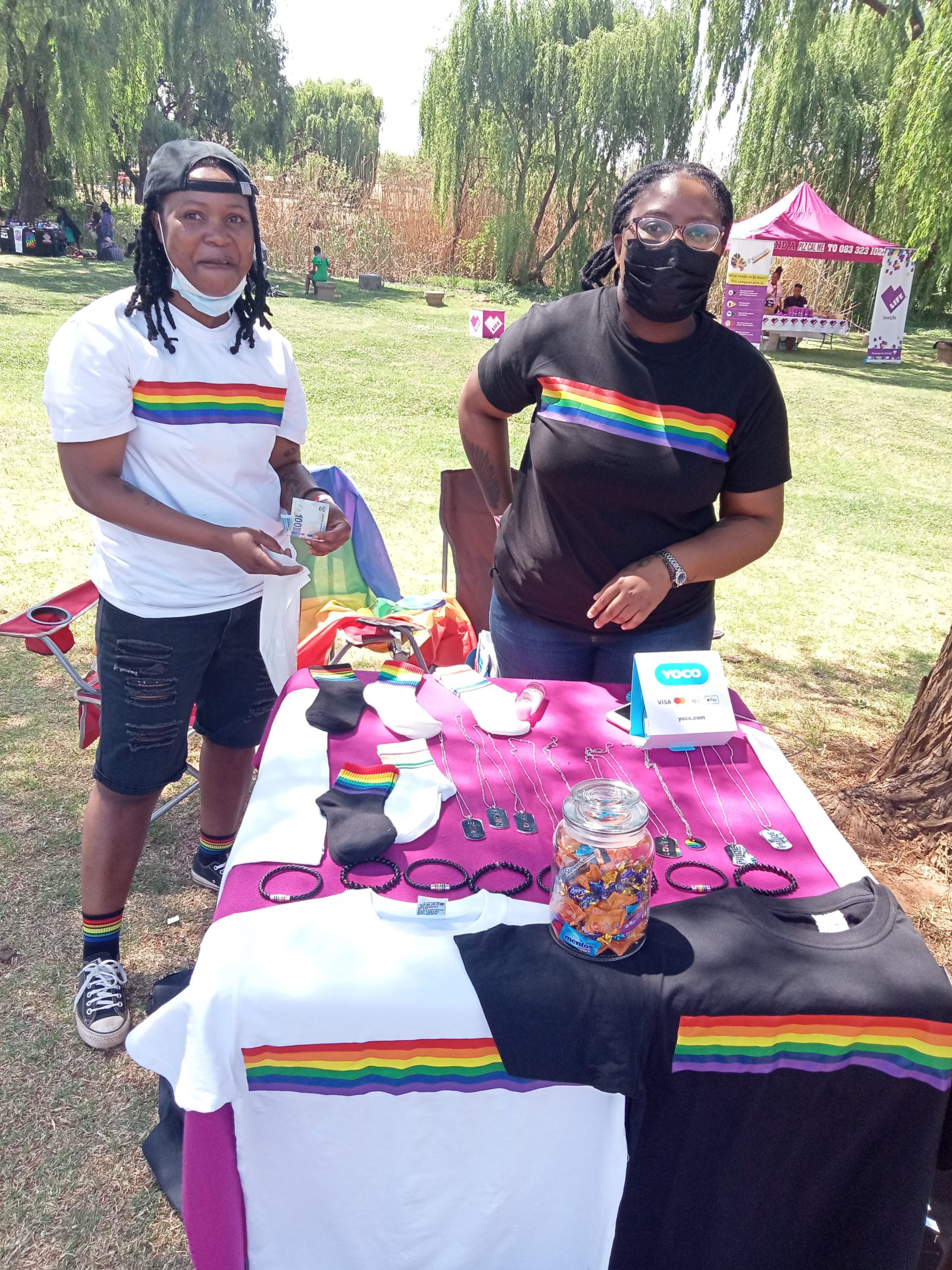 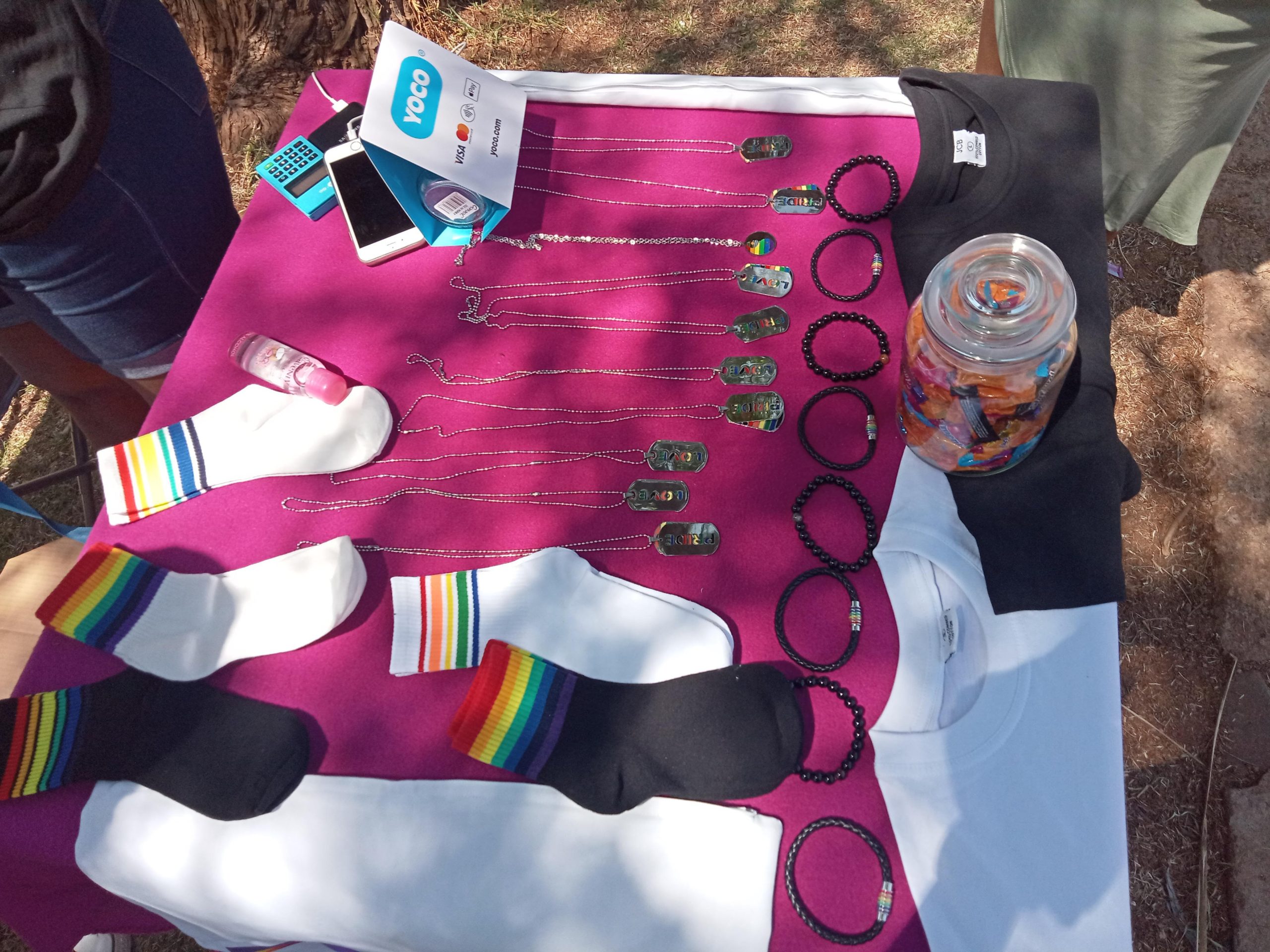 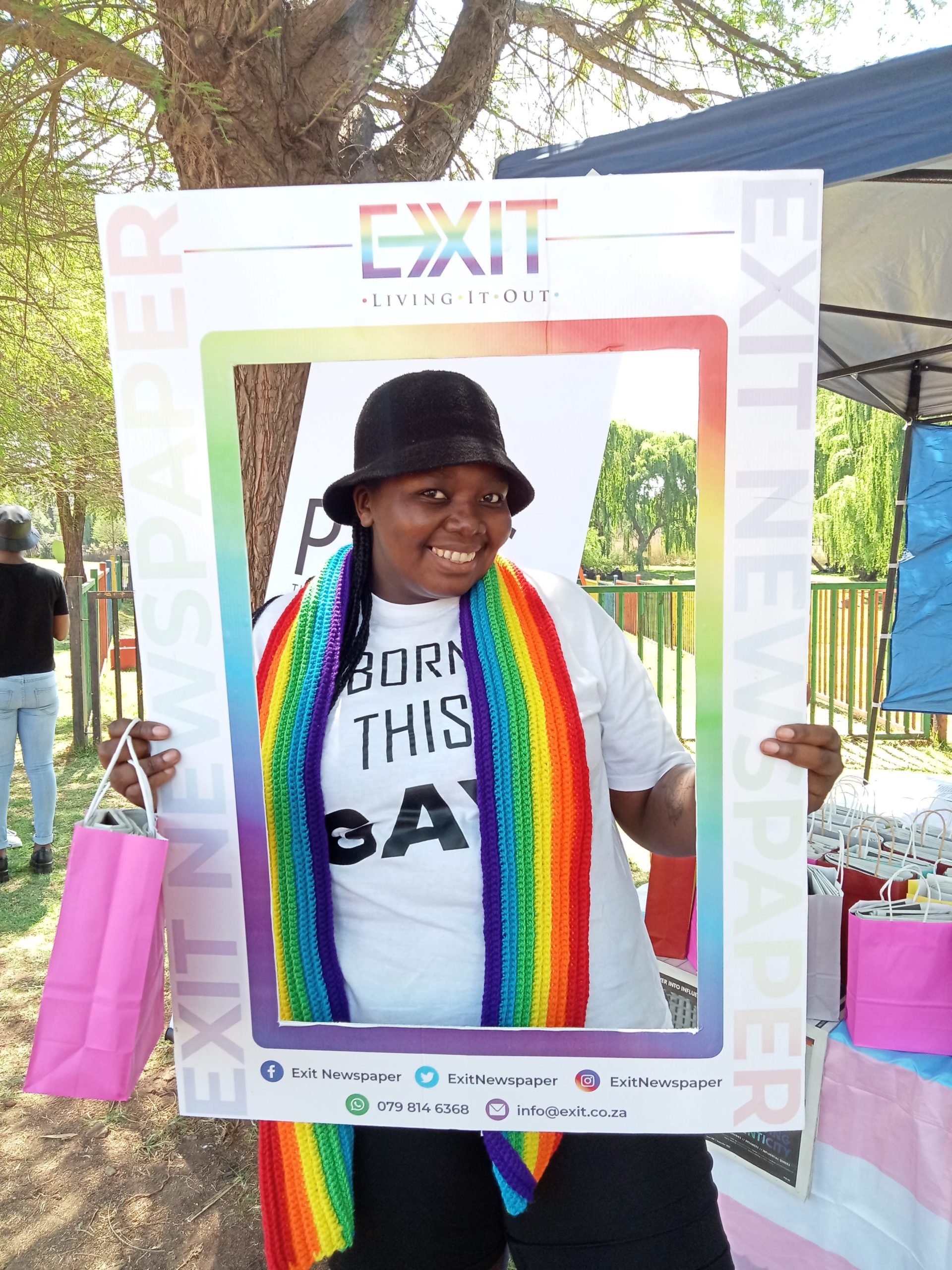 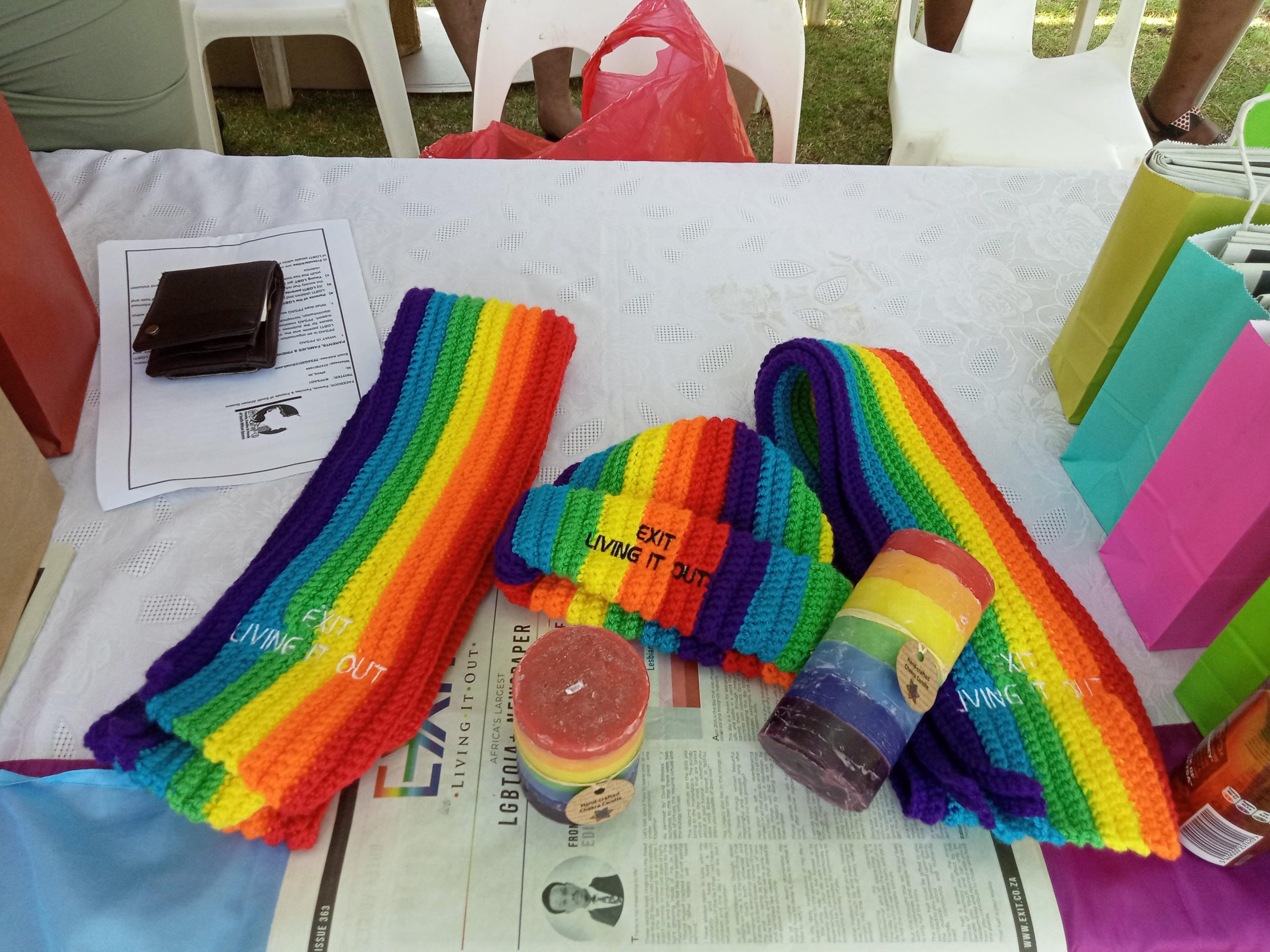 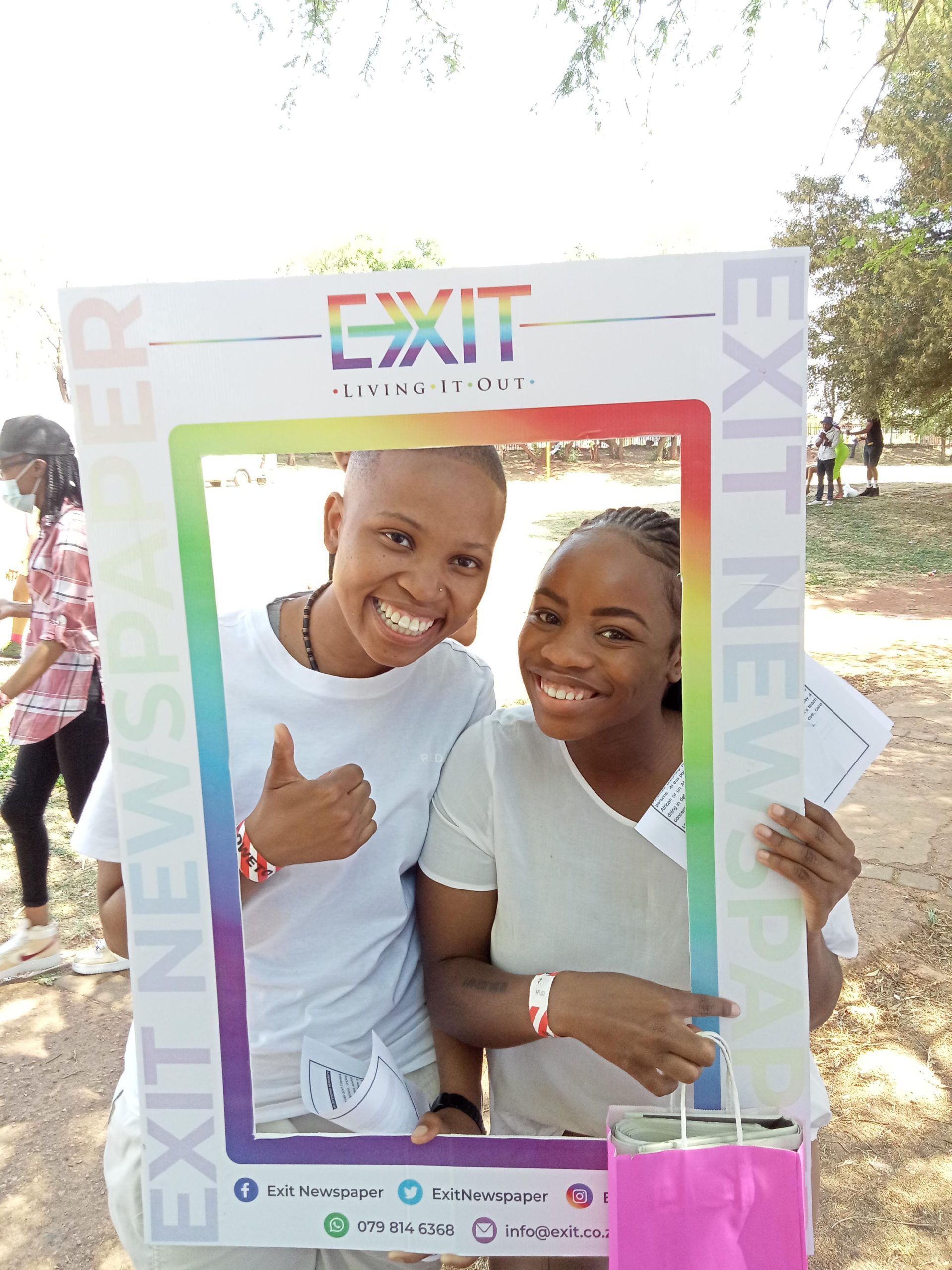 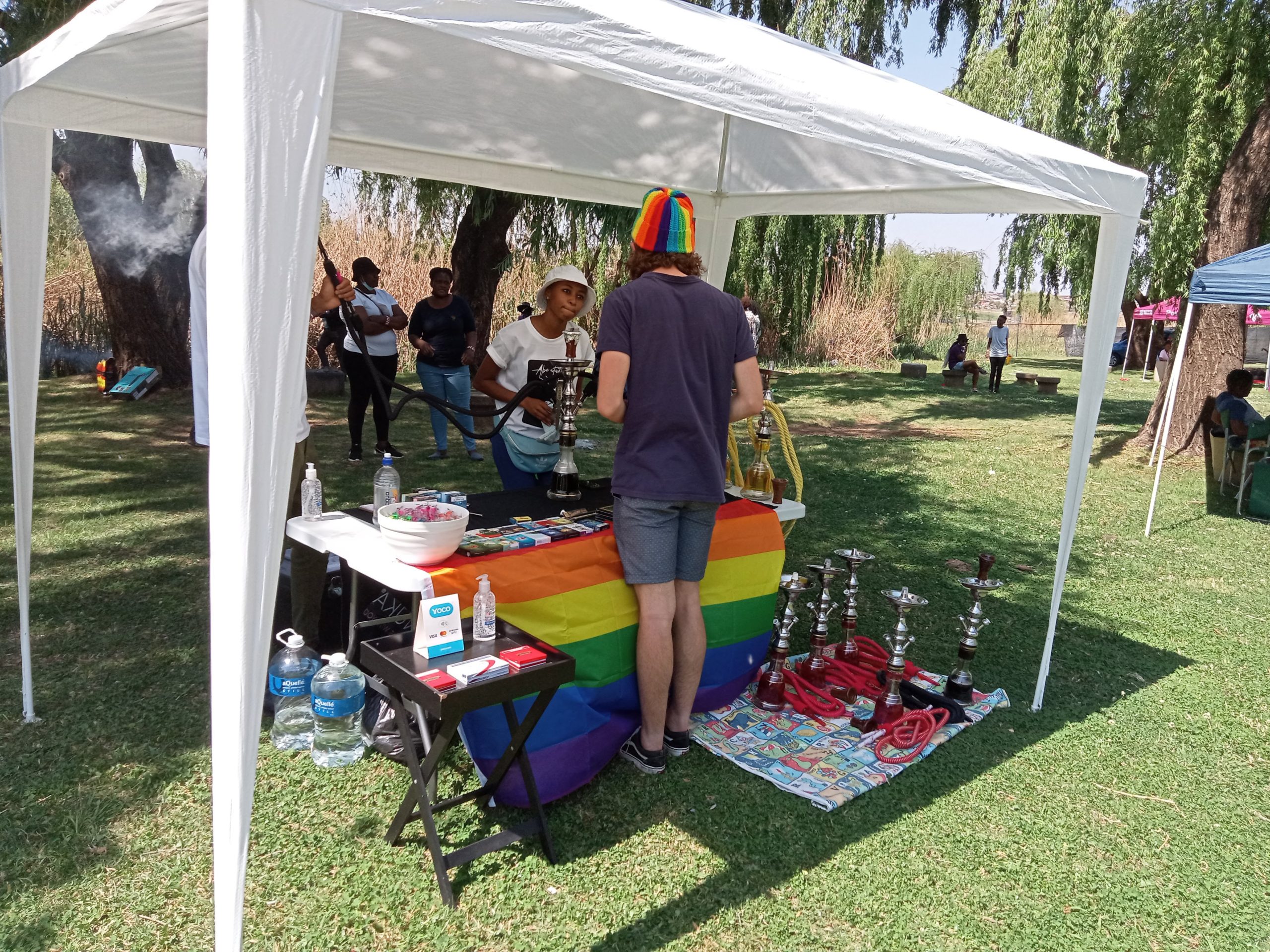 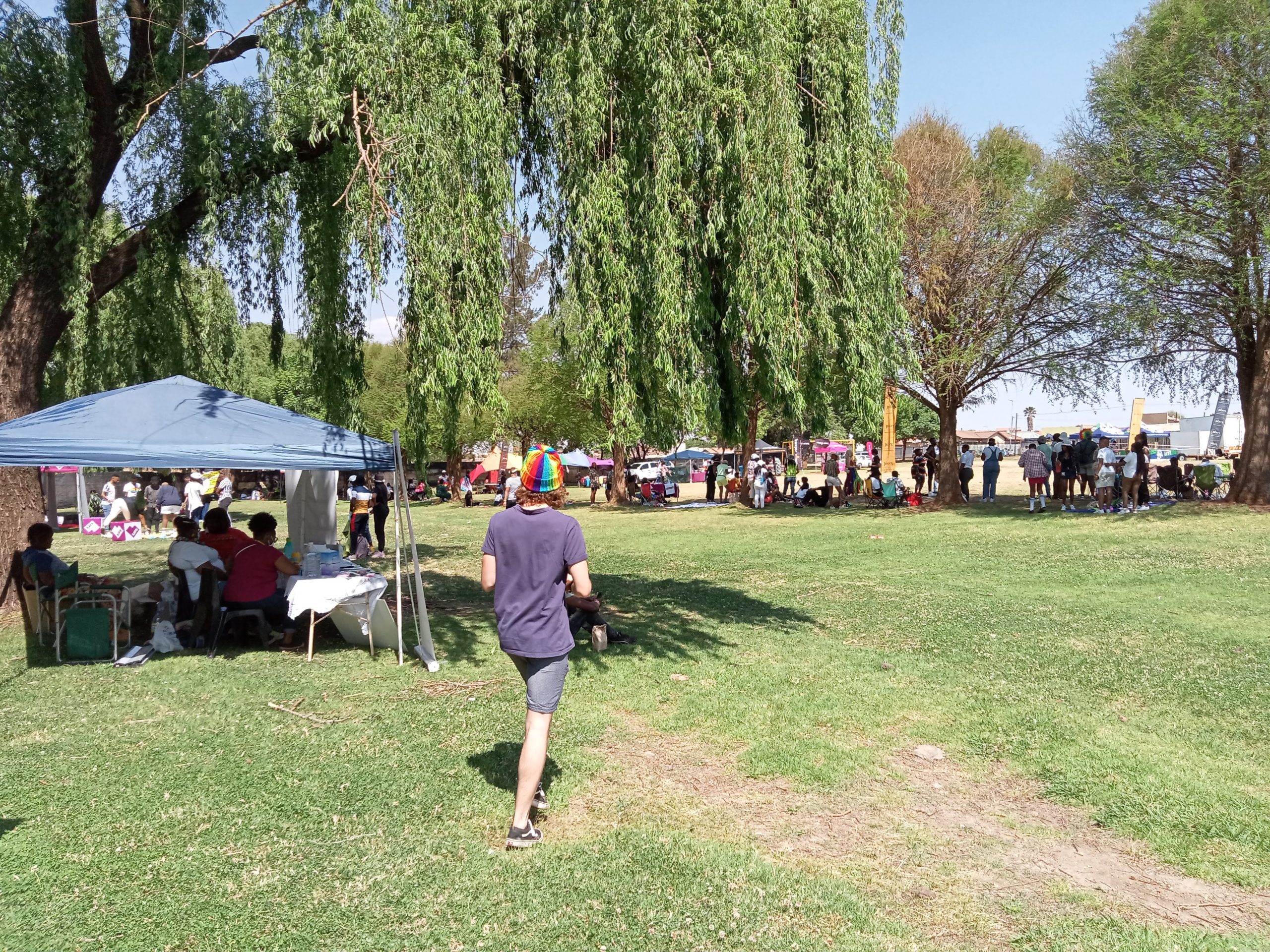 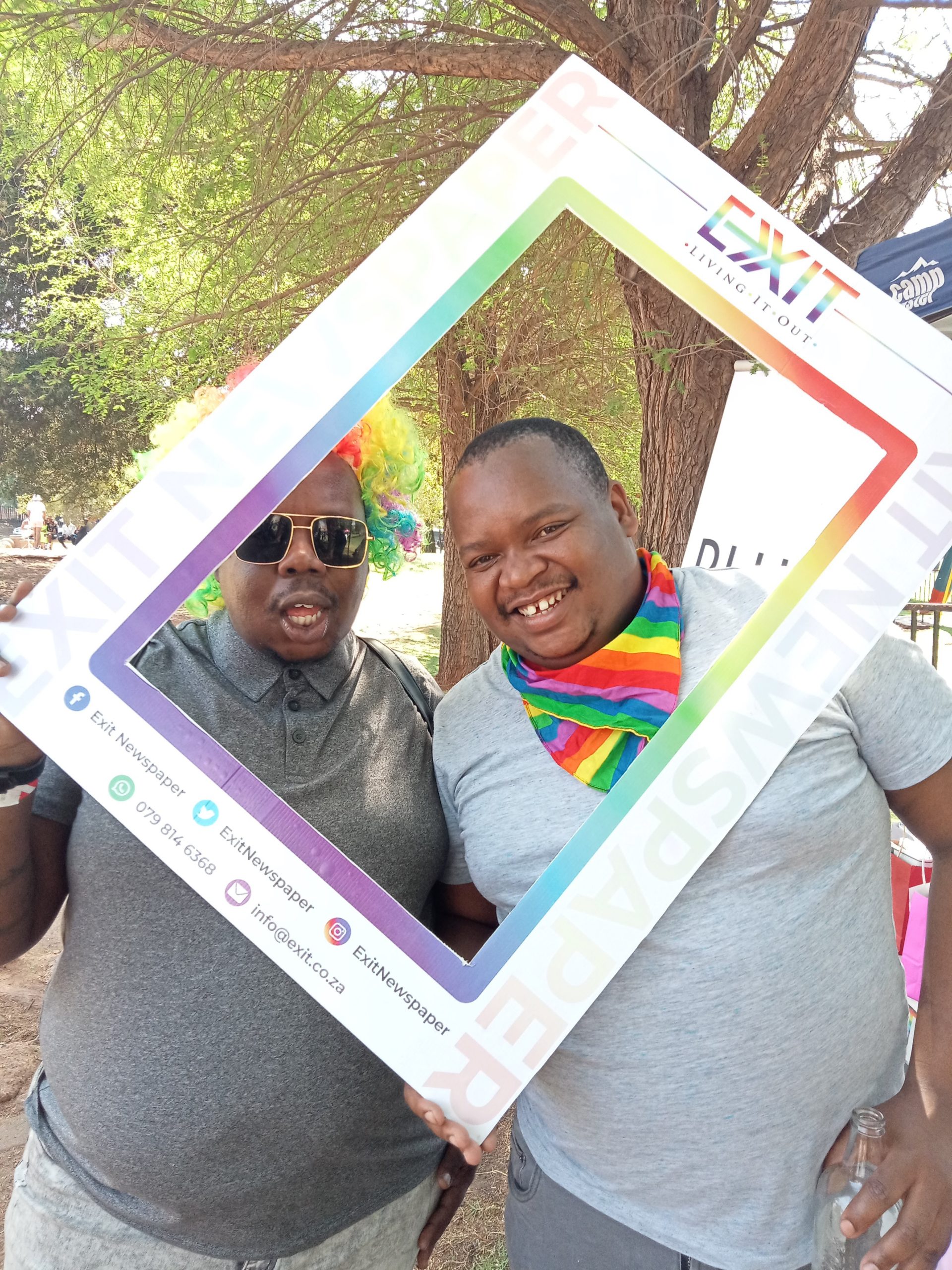 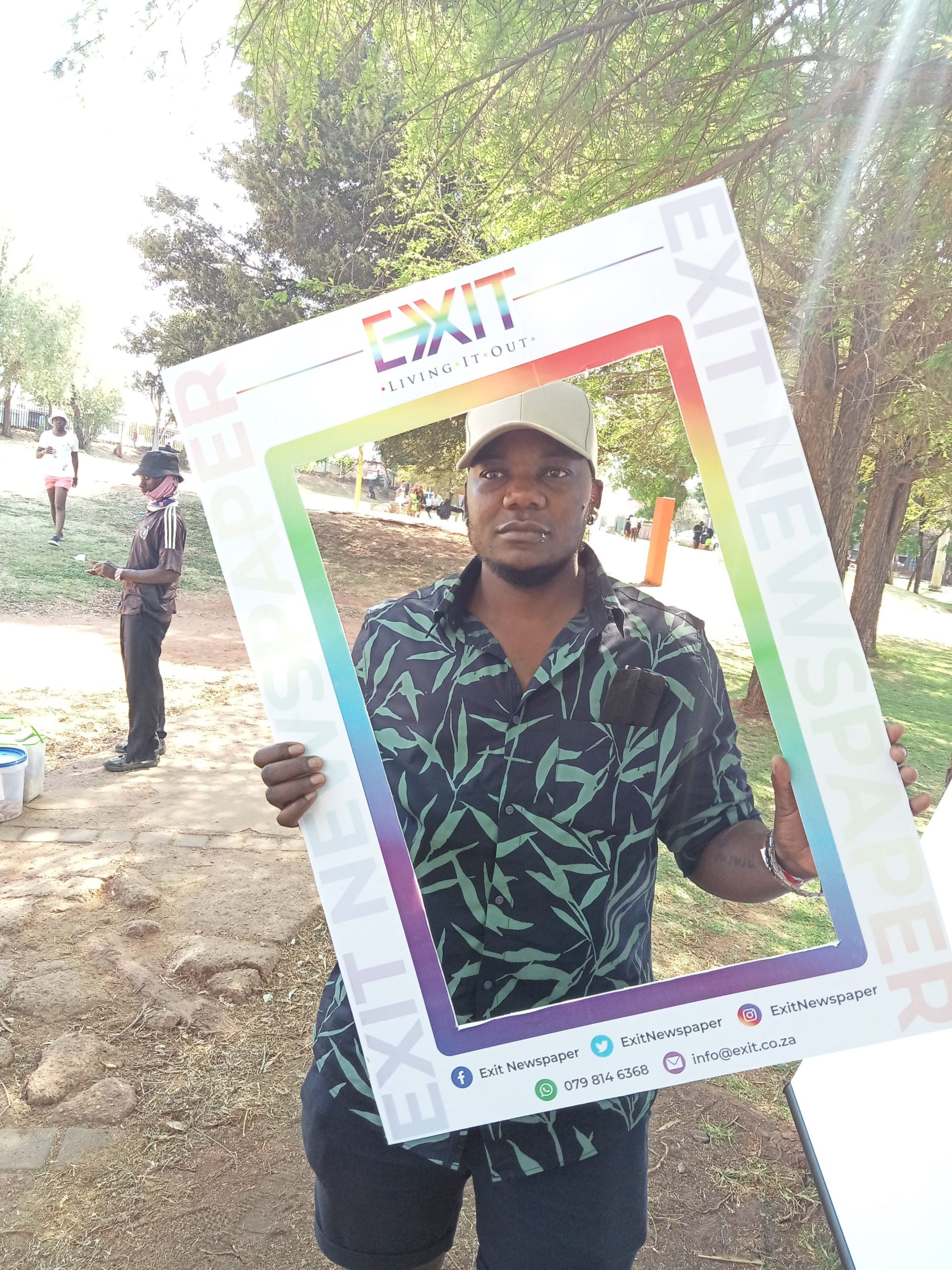 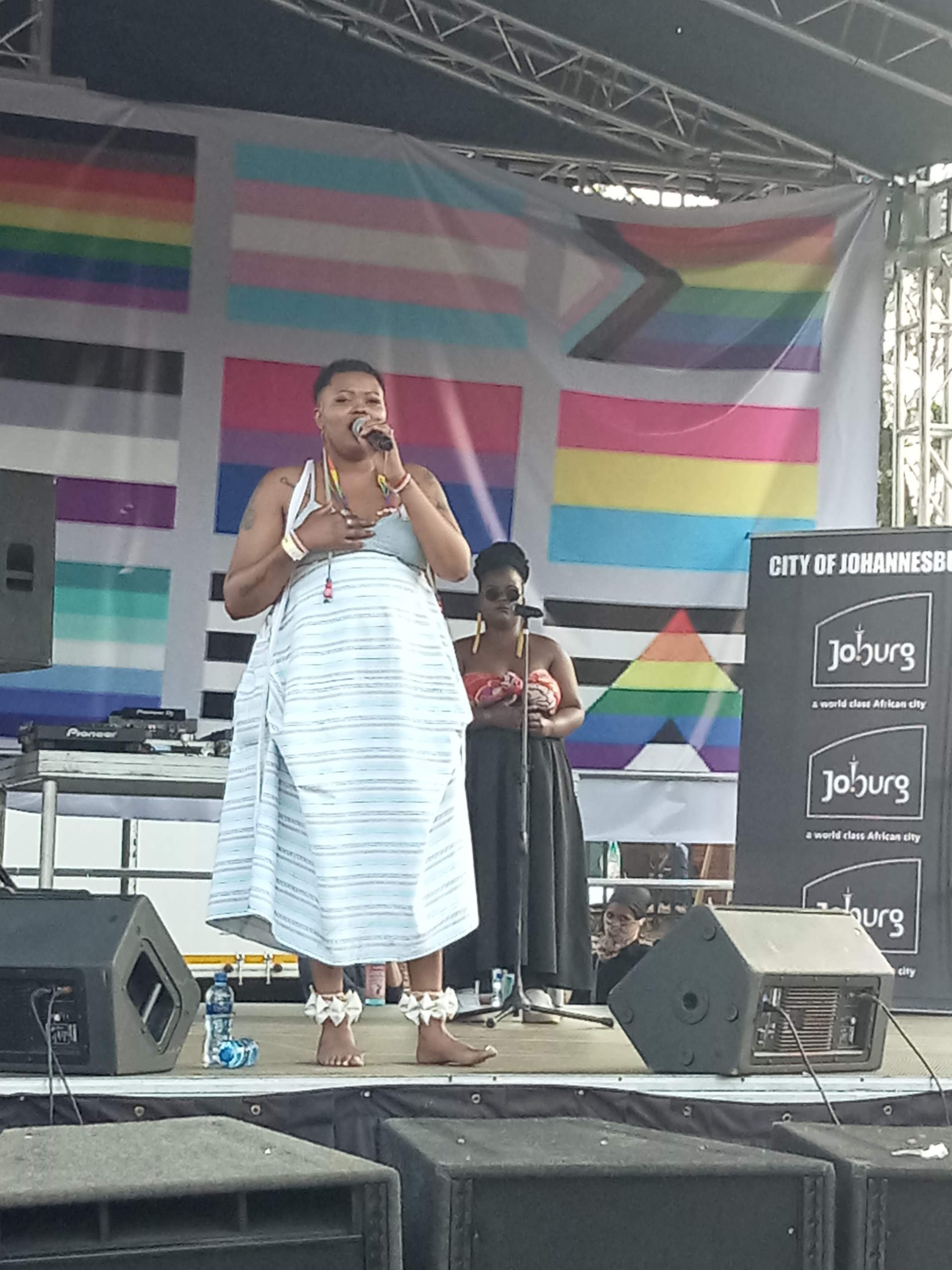 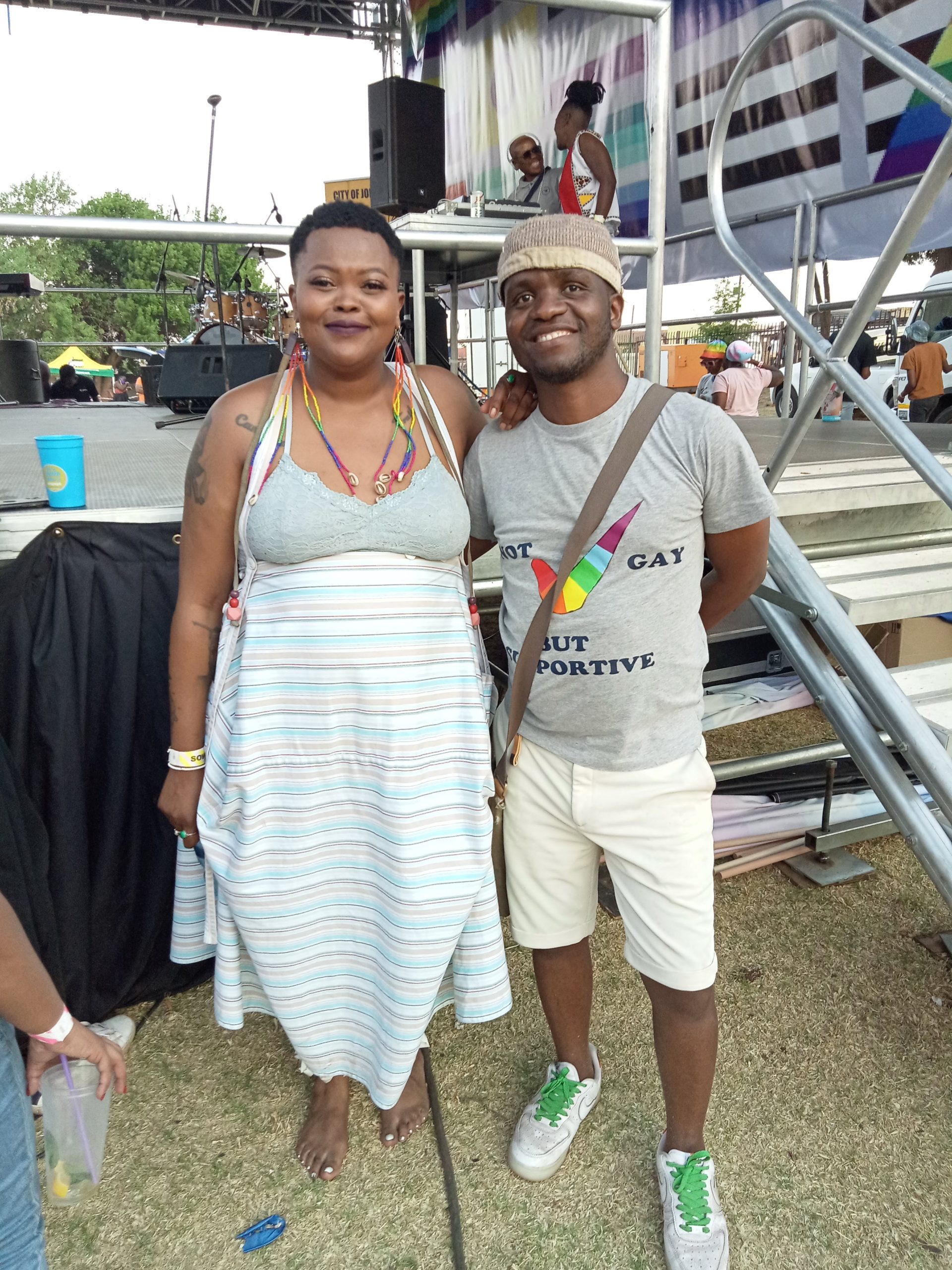 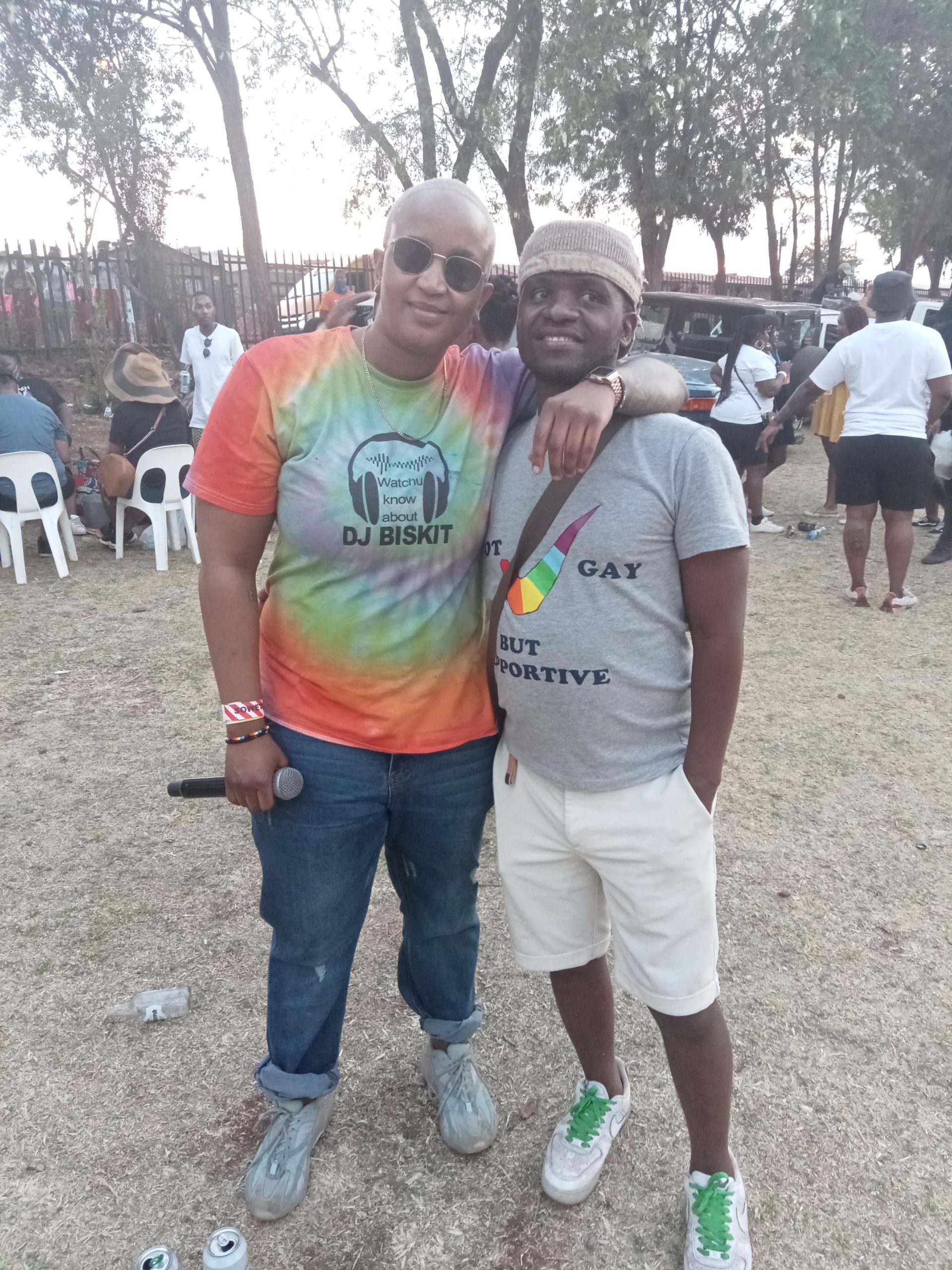 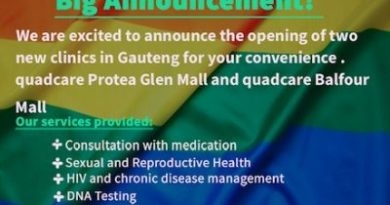 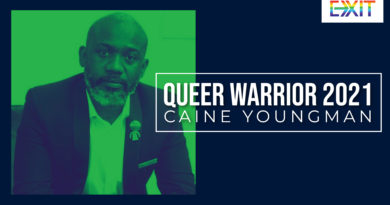 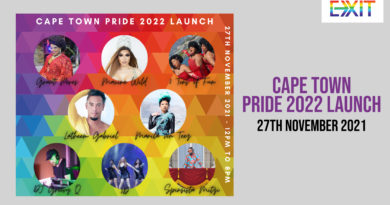